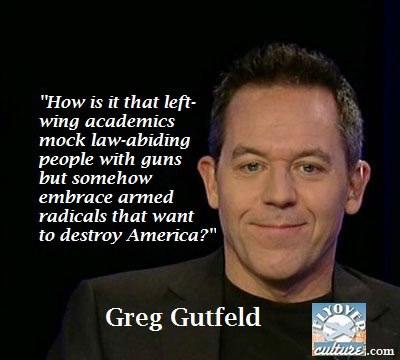 Back in March we heard the beginning beat of war drums as Senator’s Rand Paul(R-KY), Ted Cruz(R-TX), and Mike Lee(R-UT) stated their explicit intentions to oppose any continuing efforts by Democrat Senate Majority Leader Harry Reid, to advance further gun control legislation. In the March 25th article at breitbart.com by columnist Debra Heine, “Another Filibuster In The Works? Paul, Cruz, Lee Vow to Block Gun Control Legislation“, Heine goes on to report in the following excerpt:

~”The Senate’s three stalwart defenders of the Constitution, Senators Paul, Cruz and Lee,  plan to hand deliver  a letter to Harry Reid, Tuesday,  reading in part, “We will oppose the motion to proceed to any legislation that will serve as a vehicle for any additional gun restrictions.”

“Reid plans to bring up a gun-control measure that focuses on broadening background checks and cracking down on interstate gun-trafficking after the current Senate recess.

Conservatives are concerned that once that bill reaches the floor, amendments could stiffen restrictions on gun control.

Moreover, they understand that Reid intends to allow liberal amendments that would limit clip capacity and ban certain assault weapons to be offered — even though they would be defeated — to give Democrats a chance to vote on them. For moderate Democrats in competitive states, that amounts to an opportunity to vote no and show allegiance to gun rights.

While not saying it outright, the Senators  seem to be implying that they will filibuster the initial motion to proceed.

At Big Government, Mike Flynn reports that the boys are playing political hardball with Harry Reid because the legislation is designed  to provide maximum benefit to vulnerable Dem Senators in red states.

We’ll soon find out who in the Republican caucus follows them. It would be helpful for them to remember that Paul’s filibuster earlier this month catapulted him into GOP superstar status, and into American history forever. Those who don’t have the stomach to fight, should, as Flynn suggests, “move to the sidelines.”~

Unfortunately as we discovered in recent headlines on April 11th, the efforts of these three stalwart defenders of the Constitution met with defeat. A defeat credited as much to the political sabotage of 16 fellow Republican *RINO* Senators as to any politicizing gambit attempted by Reid and his Democrat Senate cohort’s. From the April 11th, canadafreepress.com article by columnist Robert Laurie, ” ~Your 2nd Amendment rights are headed for an up or down vote~ Here are the 16 Republicans who voted to kill Rand Paul’s gun control filibuster before it started”, the following excerpt details this story as well as providing a list of those 2nd Amendment poaching RINO’s:

“This morning the Senate will vote on the motion to proceed to the firearms bill (S.649). It is expected that the Toomey-Manchin provision announced yesterday will replace the current language regarding background checks. Yet, as of this morning, not a single senator has been provided the legislative language of this provision. Because the background-check measure is the centerpiece of this legislation it is critical that we know what is in the bill before we vote on it. The American people expect more and deserve better.

Unfortunately, the effort to push through legislation that no one had read highlights one of the primary reasons we announced our intention to force a 60 vote threshold. We believe the abuse of the process is how the rights of Americans are systematically eroded and we will continue to do everything in our power to prevent it.”

Sadly, just a few hours later, 16 Republican Senators caved to the Democrats and voted to end debate and bring to the floor a gun control bill that no one has had a chance to read. There will be Amendments offered, it will probably pass, and then we’ll all be able to “find out what’s in it.”~

Then on the heels of this, we have details emerge revealing the complex political negotiating tactics that went into hammering out this bipartisan gun deal as revealed in the following headline from the April 11th washingtontimes.com article,

How many times can we have it shoved in our faces that we have a tyrannous dictatorship of arbitrary ruling class elitists who have seized our government right out from under we the people they pretend to represent?! They’ve infiltrated and perverted practically every government institution and used them against us. We have a subjectively duplicitous media willfully colluding with enemies of the State against the American people in this hijacking. Our public education system and halls of higher learning have become by and large little more than indoctrination camps to aid and abet in this hijacking. Some schools are even a haven to those who (judging by their curriculum of sick deviancy) have more in common with pedophiles and child predators than they do possessing any commonalities with anything remotely academic.

Which brings us back to Obama and his Democrat troops goose-stepping over the graves of the 20 children who died at Sandy Hook Elementary and their exploitation of those children’s parents and their grief. But in the context of where it applies to Obama’s furthering his assault on our 2nd Amendment Right’s, I’m fed up with hearing about Sandy Hook (with Jodi Arias coming in a close 2nd, although that’s another story entirely)! And what kind of self-respecting parents would even consent to seeing their child’s memory used like this?! How blind do you have to be for God sake. I especially appreciate Blogger Judy Aron’s take on this travesty in her April 10th, column at theglobaldispatch.com,”Obama Breaks The Law, Exploits The Sandy Hook Shooting And Turns Parents Into Lobbyists“, as she goes on to say:

~”It is wholly appalling how this President continues to ignore the law.. and not get called out on it!

He must be made accountable, and in this case parading these parents in front of Congress in order to pursue an agenda to eviscerate the 2nd Amendment is just incredible.

Obama is exploiting these parents – using their emotion and loss to promote a national citizen disarmament program… but then again we all know his mantra always has been “Never let a good crisis go to waste”.~

Judy goes on to elaborate:

~Policy Statement: Federal funds may not be used to influence or attempt to influence any member of the Executive or Legislative branches of government (including any agency employee) for the purpose of securing a grant, contract, or cooperative agreement or an extension, renewal, or modification of any of these. Charging travel expenses to a federal award or being paid from a federal award while attempting to influence the award of federal funds for a specific program is defined as lobbying, and is prohibited. Such expenditures by a third party on your behalf are prohibited as well.~

She also goes on to detail the present circumstances of these grieving parents as they find themselves basking in the national spotlight Obama has cast them in with all the cunning of a fiend:

~”Additionally, these parents seem to be co-operating nicely while they are making commercials, appearing on 60 Minutes and Talk Shows, doing radio ads, and other public appearances. No doubt, it won’t be long for them to get book deals and Lifetime Movie deals and hiring publicists. I wonder who is paying for all of this and if they are getting paid as well.  Aren’t these parents missing work-time from their “regular jobs”?

..and why aren’t we hearing more from parents like Mark Mattioli – a Newtown parent who lost a child and does not believe more gun laws and gun control is the answer??

Have there been false pretenses in raising money “for Newtown” and money collected at events…to supposedly help the families of victims and 1st responders in Newtown … how much of that money is going towards anti-gun lobbying efforts through those organizations collecting funds?  Who, for instance, is paying for the glossy large sized post cards being handed out by these parents to legislators?”~

Judy raises some interesting points, but when it comes to Obama’s selective observance of law however, when has Obama ever observed any law that posed an obstacle to any scheme he sought to shove down our throats?! Yet as America is held captivated by the recent headlines of Jay-Z and Beyoncé’s controversial sojourn to Cuba (in-between status updates on North Korea’s not-so-classified nuclear capabilities and Jodi Arias now having access to Twitter from the cozy confines of her jail cell), we’re hearing of Obama’s latest calculated maneuver involving the mother of a Sandy Hook victim he plans to have deliver his next weekly presidential radio and Internet address.

I really try to refrain from using expletives in my writing, but this is all such BULLSHIT!

In an interesting online piece I came across, I read the following thread from an anonymous contributor who raises a legitimate point and ironically not one I hear being discussed anywhere in the media:

~”Why is it that those who use guns to kill movie goers and children in schools are progressive Democrats?

Columbine School shootings – April 20, 1999 – thirteen premeditated murders by Eric Harris and Dylan Klebolt, too young to vote but both from families who were progressive liberals and registered Democrats.

Jared Loughner. Loughner’s pleaded guilty to 19 charges of murder and attempted murder, in connection with the shooting in Tucson, Arizona, on January 8, 2011, in which he shot and severely injured U.S. Representative Gabrielle Giffords. High school friend Zach Osler said, “He did not watch TV; he disliked the news; he didn’t listen to political radio; he didn’t take sides; he wasn’t on the Left; he wasn’t on the Right. But a former classmate, Caitie Parker, who attended high school and college with Loughner, described his political views prior to 2007 as “left wing, quite liberal,”radical.”

All riddled up with drugs, psychotropics, to subdue those hyper-emo outbursts, these people very clearly shouldn’t be allowed to have guns.”~

No wonder we don’t hear much talk then on the subject of mental illness from Democrats in this gun debate controversy. Given the general consensus of opinion that liberalism is a mental disorder (a condition typically associated with Democrats), it simply wouldn’t do for them to find the mirror being turned on themselves.

The bottom line here is that we really need to stop giving traitors in our country any further basis for derisory credibility to legitimize anymore TREASON against us! Beginning with this vulgar traitor in our White House and the traitorous “bipartisan” apostates in our government! I’ve said it before and will continue saying it: We need to STOP being led by the nose to give this continued defense of our Rights to the very people who are actively and brazenly seeking to erode and subjugate those Rights! These dictatorial thugs are interested in one thing and one thing only. Control! Control and acquiring the power they need by any legislative or non-legislative means necessary to seize it. Believing you can negotiate with these cut-throats is like believing you could negotiate with the Devil to get out of Hell.

We need to stop constantly being put on the defensive, start becoming offensive, and begin nailing their asses to the wall! Because they’re not going to be dissuaded, and they’re sure as Hell not going to just give up and go away without a fight.

Just like their Democrat progenitors of the 1800’s, and we’re all familiar with the bloodshed and turmoil those partisan militants plunged our entire nation into then. Looks like they’re at it again.

How the Real Deep State is Using Divide So that We...