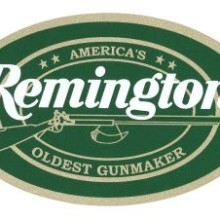 Back in February, several gun manufacturers decided to boycott law enforcement in states that are hostile to the Second Amendment, states like New York for instance. They would not be providing weapons or ammunition. Within a week that number had grown by over 700%. In thefirst article I provided information for several gun manufacturers that could be contacted to come on board with this boycott, including Glock, Sig Sauer, Smith & Wesson and Remington. Well, now we know where Remington stands. They stand on the side of government as they have let it be known that they will be staying in New York and they have now acquired a government contract worth $80 million.

Remington informed New York state lawmakers that they were planning to spend $20 million to upgrade their manufacturing facility in Mohawk Valley. The word was that they were considering moving if New York implemented stricter gun control laws as they have in the NY SAFE Act. Remington had been approached by several states to move.

Lawmakers spoke with Remington about their expansion. The company has received $5.5 million in state incentives over the past five years.

While that is in the past, news has come out from New York Congressman Richard Hanna regarding an $80 million contract. According to his website:

UTICA, N.Y. – U.S. Representative Richard Hanna today announced that Remington Arms has been awarded a nearly $80 million contract to produce more than 5,000 sniper rifles for the U.S. military. The work will be done in Ilion by Mohawk Valley employees.

The federal contract comes from the Special Operations Command (USSOCOM), a division of the U.S. Department of Defense. The contract will be awarded over the course of 10 years.

“The award of this contract to Remington Defense further shows that they are the premier manufacturer of sniper rifles for our Armed Forces,” Rep. Hanna said. “I have full confidence that this contract will be fulfilled with the high quality and standards that define our Ilion workforce. I fully support Remington Arms and will continue working to ensure that the company and its dedicated employees can thrive in Herkimer County for generations to come.”

Sniper rifles for the military, eh? At $80 million, that comes out to $16,000 per rifle over the next ten years. This comes on the heels of Serbu firearms saying they would not be providing their .50 caliber sniper rifles to the New York Police Department.

While these rifles are being manufactured for the U.S. military, one does wonder if this would also keep channels open to provide firearms to New York Police as well.

The irony in all of this is that New York, which has a clearly anti-gun government, will profit tens of millions of dollars from the production of guns through employee’s taxes, sales tax and more.

While I own at least one Remington firearm, I will not be purchasing further products by Remington, including ammunition.

Freedom Group owns Remington, along with several other gun manufacturers, including Marlin, DPMS, Para, and Bushmaster.