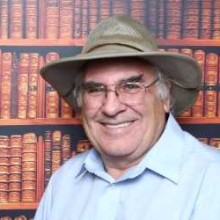 Disabled Vietnam Veteran, award winning author and contributor to Freedom Outpost Leon Puissegur was turned down for the purchase of a weapon he was going to use for hog hunting by the National Instant Criminal Background Check System (NICS). The peculiar thing about the denial was that it was based on an incident that never happened, but since the denial more fabricated charges have come up in the NICS system against Mr. Puissegur. If you are considering supporting stricter background checks, I suggest you read the problems these can cause for law abiding citizens, including veterans.

In a phone interview with Puissegur, he told Freedom Outpost, “Our government wants a more robust background check. Yet, they seem to have a very serious problem just doing a normal background check.”

Apparently, the Federal Bureau of Investigations (FBI) thinks it is always right no matter what and even if the records cannot be found due to dismissal or due to the fact that the charge the FBI states has happened is a false charge.

Puissegur says that he went to Academy Sports and Outdoors to purchase his weapon back in November 2012, a place where he had purchased another weapon just a year prior without incident. At that time, after filling out the paperwork and the salesman calling into NICS, he was denied the purchase and given a number to call and find out why he was denied.

According to Puissegur, “I made the call as soon as I got home and know that nothing had changed since my purchase in 2011.”

He listened as a recording proceeded to explain the reason for denial, which he said didn’t apply to him, so he waited to speak to a real person. The man who answered repeated the same things that the recording had and told Mr. Puissegur that he could not reveal what record kept him from purchasing a weapon because “he could not be certain that Puissegur was Puissegur.” Fair enough.

Puissegur, in order to prove his identity and demand an answer, pays $20 to be fingerprinted to gain access to the FBI records concerning his alleged charges. He sent in the information that he was supposed to and approximately a month later received a phone call from Sherrie Ash with NICS. Ms. Ash informed him that he had a “possession of marijuana” arrest on his record from 1972. That’s over four decades ago! Puissegur informed Ash that he has never been arrested for anything remotely like that in his life. However, Ash told Puissegur that he would have to clear that before he would be allowed to purchase a weapon.

How is Leon supposed to clear a record that does not exist, except in a NICS database? I ask the question because not only did he drive76 miles to New Orleans to get a complete background check which did not show any record and forward that on, but the plot thickens. He sent in the Certified New Orleans background check to NICS and also obtained an additional copy which he sent to his United States Senator David Vitter to investigate.

According to Puissegur, “It was just this past Friday that I got a response from the FBI and even they admitted that they have no ‘sentencing data,’ but they still did not clear the files.”

“The response was not what I had hoped for,” Puissegur continued, “after all I sent them certified documentation from the very office the FBI claimed to have the information from. What is different now is that the FBI now states that the State has the records of an arrest for ‘exposing of person.’ Those charges were dismissed so that should not matter, and even the lady admitted that since those charges were dismissed, they did not matter. But now the FBI claims it has no data of an arrest made by New Orleans Police for the possession of marijuana.”

Puissegur added, “Now the FBI says the State of Louisiana has matched fingerprints of the arrest, when before I sent the documentation it was just the New Orleans Police Department and the Criminal Clerk of Court. Apparently the FBI has now enlarged the field at their own making.”

Indeed it appears that the FBI did enlarge the field to include a false report from the State of Louisiana. The FBI even freely admits that neither case had sentencing, which is correct because one case was dismissed and the other never existed. Since there was no sentencing and the FBI admits this, why are they not removing it from their system, instead of demanding an innocent veteran have to prove his innocence? After all, this man fought for this country that is supposed to uphold equal protection under the law and where you are to be assumed innocent until proven guilty.

Mr. Puissegur responded to a letter from the FBI in which he asked, “Please explain just how I clear a record that just does not exist?”

Puissegur says that he is looking to make another 76 mile trip to New Orleans to file lawsuit in the Fifth Circuit Court in order to move this into the realm of the courts to get justice. Though he believes he is 100% in the right, he is not confident that the FBI will clear his record and allow him to purchase a weapon.

This is a prime example of what gun control legislation does. It impacts law abiding citizens, including those that have served our country with honor. It is unconstitutional and is clearly infringing upon Mr. Puissegur’s Second Amendment rights. It is not Puissegur who is out of line. It’s a tyrannical Federal government that has stuck its nose in a jurisdiction it has no authority to be in and it should be removed from such.

Puissegur is also open to any attorneys that might wish to help him in his lawsuit as he lives on a fixed income as a disabled Vietnam veteran.

The irony in this is the same system gave him a green light to purchase a weapon just one year ago and now they claim he cannot purchase a weapons due to something that happened over forty years ago.

This should make you pause and consider when the Federal government wants to impose stricter background checks. They don’t prevent criminals from obtaining guns, but they most certainly infringe on law abiding citizens’ right to privacy and the right to keep and bear arms, or in this case purchase them.

If this outrages you, let the higher ups hear from you. Here’s the various contact information.

Tim Brown is a frequent contributor to The D.C. Clothesline and the Editor of the highly successful and hard-hitting Freedom Outpost.