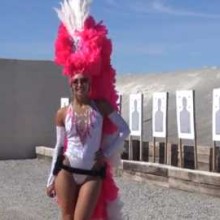 Back at the beginning of April, Freedom Outpost reported on New York Mayor Michael Bloomberg’s ads that he was airing across several states, including the South to the tune of $12 million! Well now a millionaire patriot has put out his own video in response to Bloomberg’s which promotes gun safety and the skills needed to handle a firearm properly and effectively.

Dr. Ignatius Piazza, founder of Frontsight.com, writes, “The Billionaire Idiot, Michael Bloomberg, is at it again. Honestly, I cannot imagine how this guy became a billionaire with all the moronic decisions, policies, and statements he makes.”

“He just sunk 12 million dollars into television spots all over the nation “designed to force U.S. senators to vote for national gun control laws,” Piazza wrote.

He challenges those who receive his emails to judge for themselves whether they like Bloomberg’s ads or his?

Piazza then sums up my sentiments and many of my readers sentiments when he bluntly declares, “Make no mistake. ANY politician who introduces, supports, or votes for ANY gun control is either uninformed and uneducated on the subject or is knowingly violating our Second Amendment rights.”

I’m pretty sure many of these guys know exactly what they are doing, but whether they do or not, we should let them know as often as we can that we are watching them and will hold them accountable for their actions and their votes when it comes to gun control, as well as other legislation.
Tim Brown is a regular contributor to The D.C. Clothesline and also Editor of the hard-hitting, no-holds-barred conservative publication…Freedom Outpost.