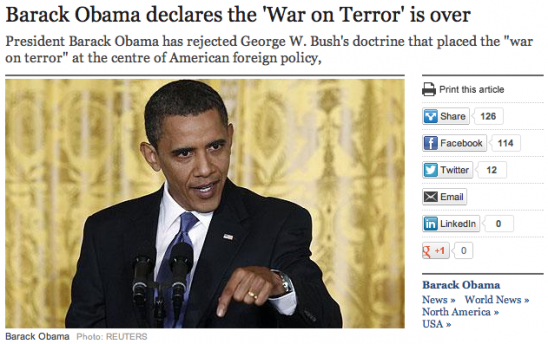 As events surrounding the Boston Marathon bombing unfold, as details emerge in the onslaught of scrutiny from the media postmortem we’ll be inundated with for months to come, it was evident from the onset that our nation had sustained another terrorist attack on our soil. Despite the counterfeit in our White House having referred to this terrorist attack as a “tragedy” in his subsequent nationally televised P.R. address to the nation. As I listened to Obama say with his typical luke-warm conviction, “we will find out who did this; we’ll find out why they did this.  Any responsible individuals, any responsible groups will feel the full weight of justice.”, and like millions of others in this country my thoughts went immediately to a similar promise Obama had made months ago in connection to the radical Islamist’s who slaughtered our U.S. Ambassador and 3 other American’s in Benghazi, Libya. A similar promise that (7 months later) has still gone unfulfilled and the murderers still at large, with no apparent interest on the part of Obama and his administration to actually “see justice done” for those 4 murdered people who died a senseless death in that horrific ordeal.

Now, 24 hours following this deliberate act of terror, the parade of grisly images and graphic recollections of witnesses and survivors continues unabated. As I watched the coverage play out on FOX NEWS yesterday, I was impressed by how quickly they amassed such a variety of talking point pundits and armchair quarterbacks to roll out in front of their cameras to opine and discuss all the copious nuances and angles of the devastation, while anchors and program hosts seemed to recite with an almost ghoulish morbidity explicit narratives illustrating the degree of bloodshed and carnage inflicted. It became obscene and I was becoming angry as these “doom” merchants seemed to exploit this wrenching catastrophe with a certain degree of sensationalized disrespect.

I’m not going to deluge you with anymore regurgitated details or imagery when there’s a surplus of that practically everywhere you go online already. Those of us who give a damn about this current state of our nation understand this brutal act was done by animals who deserve a bullet to their heads. Even as the aberrant liberal traitors populating our media who oddly consider themselves journalists, had already begun their calculated assault on conservatives and Republicans yesterday before the blood of the victims in this bombing had even dried on the sidewalks, referring to “right-wing extremists” as possibly being responsible for these blasts. What can you expect though from people who are selective in the stories they give scrutiny to such as their derisory coverage of Dr. Ben Carson, while willfully ignoring the horrors revealed throughout Dr. Kurt Gosnell’s murder trial and the thousands of infants he’s reported to have slain in cold blood? The indignities and outrage from these instigating agitator’s never ends!

They’re all complicit in this perennial criminal travesty being perpetrated on our country and against the American people! That’s exactly what it is too! Not just ‘a’ crime, but a succession of serial CRIMES! Committed every day with premeditated and willful malice by politicizing deviants possessing the warped depredatory psychosis of serial killers! The victims of their deranged malevolence? Our nation and any who resist and poses opposition to their fascistic ambitions! In short, US! Their weapons of mass destruction however involve subversive legislation’s. Exploiting tragedy to advance seditious demagoguery against our Constitution. Striving to infringe upon and supplant our very freedoms and liberties as they labor with the ardent zeal of fiends to disfigure the face of our nation with their own distorted Utopian vision steeped in autocratic despotism. Relying on political correctness, a complicit horde of anarchic Useful Idiots, and a state-run, Obama propagandist liberal media complex to provide aid and support to their treason.

More often in these times we live in, as conditions across our nation only worsen further, declining and deteriorating under the auspice of this forgery posing as President, I find myself frequently wondering how much more will be tolerated in this wanton destruction of our country by these lunatics before push finally comes to shove, ultimately leading to that “shot heard round the world”. How much more of their cancerous influence are we going to allow to stain deeper and further across the fabric of our nation to our detriment before we finally wake up, abolish political correctness, and aggressively fight this disease before it gets us all killed?!

But if you want to discuss the subject of “blame” in respects to this terrorist attack that took place at the Boston Marathon yesterday, then you need to start at the top of the political dung heap. You need to start where its been said that the buck stops. So, blame Barack Hussein Obama! Admittedly Obama has plenty of help from Democrat comrades on Capitol Hill, those anarchic Useful Idiots, the state-run, Obama propagandist liberal media, and even the usual suspect RINO’s of the GOP establishment, but for the sake of argument here lets just Blame Obama. Lets blame Obama’s chronic absence of leadership that has eaten its way across this country like a rotting abscess from which all our other ills in recent years have sprang up from. Lets Blame Obama’s refusal to acknowledge terrorism and the radical Islamist terrorists who perpetuate it. Lets blame the epidemic lawlessness, controversies, scandals, and deaths Obama has engendered since day 1 of his Presidency. Lets blame the buffoons and Progressive radicals he fills his administration with, half of whom can’t find their own asses with both hands yet who are veritable yes-men idiot savants when it comes to parroting and implementing Obama’s agenda and various strategies. Lets blame Obama for these open borders his people have told us are, “the most secure they’ve ever been in our nations history”.

Lets blame Obama’s gutting and weakening of our military and defense as he aids, funds, and arms radical Islamist’s throughout the Middle East helping to spread their Sharia law everywhere they go. Lets blame Obama’s gross deficit of qualifying Executive skills for having reduced our labor force and economy into an unmitigated shambles, leaving average American’s to struggle while the Obama’s indulge like royalty at the expense of those very same American’s left struggling. Lets blame the racial divisiveness and class warfare mongering Obama has purposefully used to deepen existing divides in our country with. Lets blame Obama for projecting weakness to the world and to our enemies in it. Is it hard to imagine why then that our nation is floundering in this chaotic morass of civil unrest?

That’s all a rather simplistic overview I guess, but hopefully you get the gist. Obama has said himself that the buck stops with him. That works for me, so if we’re going to blame someone for what happened at the Boston Marathon…