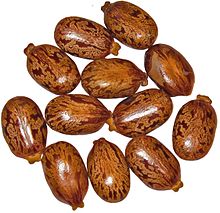 Bad people do bad things. In the news of the last two days you will find a peculiar story surfacing about letters with no return address, and a Tennessee postmark, being sent to Mississippi Republican Roger Wicker and President Barack Obama.

Less than an hour ago NBC News verified that the letter addressed to Obama tested positive for ricin.

“A letter addressed to President Barack Obama tested positive for the poison ricin and was from the same sender who mailed a letter to a senator that also tested positive, officials told NBC News on Wednesday.

The letter to Obama was intercepted at an off-site White House mail facility Tuesday and was being tested further, a Secret Service official told NBC News. A federal law enforcement official said that the letter was ‘very similar’ to one addressed to Sen. Roger Wicker, R-Miss.”

Whenever people die our mainstream media is quick to jump on the bandwagon to take away 2nd amendment rights so today I would like to talk about a right that is not protected anywhere in the constitution…the right to bear castor beans (a.k.a. ricinus communis). If castor beans were banned then surely this would have kept them out of the hands of a criminal who could use such beans to develop ricin. If law abiding citizens can not get castor beans then neither will criminals. It’s simple liberal logic.

Is that the most ridiculous thing you have ever read in your life? It’s silly. But this is exactly how the mainstream media reacts when a bad person does a bad thing. I don’t know that you can blame castor beans or anything else for such an incident, but if you do want to cast blame it seems painfully obvious where the real blame should be placed.

In an America that celebrates a fictional cult hero named “Walter White,” who is nothing more than a common drug lord, I think we need to look at the lack of morality we get from our television programming.

For those who have never seen the AMC show “Breaking Bad,” Walt is a High School chemistry teacher who finds out he is terminally ill and starts to make Meth to provide for his family’s future. He is a cult hero and he is a drug dealer. This is the kind of garbage that we get from Television today. The days of Andy Griffith are long gone. Today we celebrate those who break the law and we do so on a cable television network called “American Movie Classics.” AMC would have been one of the last places one might expect to find a show like this.

The show is total garbage and it is just one more example of the decay of American morality. I will fully admit that I have watched the show and followed it almost religiously for the first season. But at one point I had an awakening and asked myself why I was wasting my time with such utter trash. When you start pulling for a drug dealer then there is definitely something wrong with that picture.

Honestly my guess is that they will eventually find that whoever attempted these heinous acts was a fan of this show. Am I suggesting that this show be held accountable or that it be removed from programming? No I am not. I still believe in freedoms and that includes the freedom to produce “Trash-TV.”

I do however think it gives us all something to think about. Where there is moral decay there will be more immoral acts and more immoral people. It’s just common sense.

Conservatives are constantly told that we need to shut up about trying to legislate morality. So I will shut up now and let you think about some toothless redneck who is likely a Meth-Head with cabinets full of castor beans.

Don’t rush to open any letters from Tennessee without a postmark.