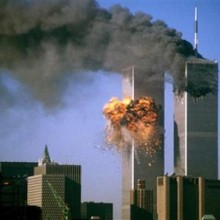 “The system of terror was essential to Stalinism. … Terror was the creation to mold politically the control that they wanted.”

As we look back at the atrocities that have devastated America over the past 12 years since 9/11, one has to reflect upon history and see how it is that past dictators have profited from the use of “terror.”

For example: Hitler was responsible for attacking his own Reichstag to start a world war. He perpetuated a war against the “enemies” he himself created. His propagandists had the Germans believing they were under attack, and all the while Hitler was the one doing the attacking.

Hitler was also responsible for sending his brownshirts to incite the people, so he could play the role of problem-solver. Eighty million Germans refused to believe Hitler was guilty of these crimes until 12 million of their fellow citizens were slaughtered.

Then it was too late.

This is, in fact, what history teaches us.

And now to the present.

It seems rather strange that when America is attacked, one does not question why it is that the government is right there asking the people to relinquish or forfeit their rights – rights hundreds and thousands of men and women have fought, bled and died to give us.

Listen to what Gen. Douglas MacArthur said of the United States government back in 1957:

“Our government has kept us in a perpetual state of fear – kept us in a continuous stampede of patriotic fervor – with the cry of grave national emergency. Always there has been some terrible evil at home or some monstrous foreign power that was going to gobble us up if we did not blindly rally behind it. …”

After this statement, the un-Patriot Act was signed into law, and now Americans’ Fourth Amendment rights are violated as they are searched at almost every airport in America through the TSA’s pretended authority, and the government, step-by-step, aggrandizes power to itself while consuming individual liberty.

After 9/11, America was told that we were under an extremist Islamic threat. And now this administration (which celebrates Ramadan in the White House, gives F-16s and tanks to the Muslim Brotherhood, continuously sympathizes with radical Islam, opens the borders for illegal immigration and runs guns to Mexican gun cartels to blame the American people) has now extended the definition of a terrorist to mean anyone who happens to be a patriot, a Christian, a gun owner, a pro-lifer, etc. – in essence, an American. (Isaiah 5:20)

Just this last week, the Equal Opportunity branch of the military put out a training manual labeling “evangelical Christians” as the No. 1 threat to America. Within a week the USA Today front page stated “Terror Returns” after the Boston marathon bombing, and officials are stating that the suspects are possibly “homegrown terrorists.”

This isn’t the first time our government has labeled Americans as terrorists. Let’s go to Waco, Oklahoma City and Ruby Ridge to see who was responsible for the terror enacted: