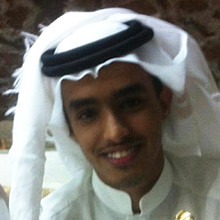 Glenn Beck has promised to deliver new information on the Saudi National “person of interest” in the Boston bombing if the White House did not come clean on the issue by Monday. Well, he’s making good on that claim in demonstrating the connection of the Saudi to the Boston marathon bombings.

Following a discussion of Dzhokhar Tsarnaev not being read his Miranda rights as a US citizen, Beck said, “While the media continues to look at what the causes were of these two guys, there are, at this hour, three people involved. The first one is the one we are going to address.”

He then made reference to Abdul Rahman Ali Alharbi, the Saudi national who was the first “person of interest” identified and noted how the NTC “issued an event file calling for his deportation using section 212, 3B which is proven terrorist activity.”

“We are not sure who actually tagged him as a ’212 3B,’ but we know it is very difficult to charge someone with this — it has to be almost certain,” Beck said.  “It is the equivalent in civil society of charging someone with premeditated murder and seeking the death penalty — it is not thrown around lightly.”

Following Secretary of State John Kerry meeting with Saudi Foreign Minister Saud on Tuesday, the FBI began to back pedal on Alharbi being a suspect and referenced him as a “person of interest.”

Wednesday at 5:35 p.m. the file is altered,” Beck said.  “This is unheard of, this is impossible in the timeline due to the severity of the charge….You don’t one day put a 212 3B charge against somebody with deportation, and then the next day take it off.  It would require too much to do it.”

“There are only two people that could revoke the deportation order — the director of the NTC could do it after speaking with each department, the FBI, the ATC, etc. — which is impossible to do in such a short period of time, — or, somebody at the very highest levels of the State Department could do it.  We don’t have any evidence to tell you which one did it,” Beck said.

He also claimed that Congressman Jeff Duncan (R-SC) has a copy of the original event file and so do other members of the House Homeland Security Committee. They have requested that Janet “Big Sis” Napolitano be available for a classified briefing on both the Saudi national and the deportation order. This Saudi national was once on the terror watch list.

Beck also provided more information. While the Saudi’s visa allows him to go to school in Findley, Ohio, he has been living in an apartment in Boston, Massachusetts and has been in the country for six months. This is why my petition to stop Islamic immigration should be signed and then carried over into legislation.

The person in the file has the same name as the Saudi national and if the statement is true that he was aiding DHS in the investigation to get the “real” terrorists, why did he receive a 3b charge?

Beck also informed America that the Congressional Committee on Homeland Security was never notified. In fact, it is protocol for them to be notified. They are the ones now requesting Napolitano come forward and explain.

According to the Blaze, “Sources tell us this will most likely now be kicked from the DHS to the DOJ and labeled an ongoing investigation that can no longer be discussed.  This will be the reason Napalitano won’t answer the Homeland Security Committee’s request for a briefing.  Like Benghazi they have heavy into a disinformation campaign floating a variety of scenarios to confuse the media, but that apparently doesn’t take much, to prevent the story from being pursued – mistaken identity, wrong Saudi in custody. They are also working very hard to discredit those on the scent.”

Is it a coincidence that the Saudi national, a 2123B level identified terrorist, was at the finish line of the Boston marathon. Both of the Tsarnaev brothers attended the same mosque as the Saudi national. That same mosque has ties to the Muslim Brotherhood. Saudi nationals are allowed through airports with out being checked while US citizens are groped and prodded before they get on a plane. And just why did Michelle Obama visit the Saudi national in the hospital? We did not discover that via the American media, but through the Saudi media.