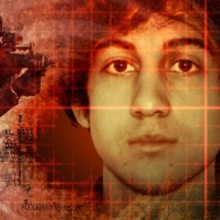 The Boston Police Department issued a Tweet noting “CAPTURED!!! The hunt is over. The search is done. The terror is over. And justice has won. Suspect in custody.” However, justice will have to be served in the courts, not on the basis of capturing a suspect. Additionally, even though Dzhokar Tsarnaev is legally a U.S. citizen, it is reported that he will not be given a Miranda warning, but instead the Federal government is invoking a legal rule known as the public safety exception.”

Senator Lindsey Graham (R-SC) pushed the issue via Twitter, stating that he didn’t want Miranda warnings being read since he didn’t want the suspect to remain silent. I agree that we don’t want a suspect remaining silent and yet he is still a suspect and nothing has been proven in a court of law. Does the law side with Senator Graham?

Federal courts have said the president has the authority to detain persons “who were part of, or substantially supported, Taliban or al-Qaida forces or associated forces that are engaged in hostilities against the United States,” a powerclaimed by the Obama administration and codified by Congress.

So unless there’s evidence that Mr. Tsarnaev is linked to any terrorist group at war with America, “military detention is simply not lawfully available,” said Mr. Wittes. And there’s also the fact he’s a U.S. citizen pursued on American soil. That’s not necessarily a legal barrier, but a barrier under Obama administration policy, said Mr. Wittes.

But that doesn’t mean authorities would have to follow Miranda procedures right away. The law offers some flexibility, with what’s known as the “public safety” exception to the Miranda rule.

It stems from a 1984 U.S. Supreme Court case (New York v. Quarles) involving a Queens man charged with criminal gun possession. A witness told police the man raped her and had a gun. When they found him at an A&P supermarket, he had an empty shoulder holster. An officer, after handcuffing him, asked him where the gun was. The man gestured toward a stack of liquid-soap cartons, where police found a loaded revolved.

Senators Lindsey Graham and John McCain were quick to jump out in front after Dzhokar Tsarnaev was arrested and were looking to invoke those little sections in the NDAA about military detention and treating him as an enemy combatant, instead of a U.S. citizen. Graham wrote via Facebook:

Now that the suspect is in custody, the last thing we should want is for him to remain silent. It is absolutely vital the suspect be questioned for intelligence gathering purposes. We need to know about any possible future attacks which could take additional American lives. The least of our worries is a criminal trial which will likely be held years from now.

Under the Law of War we can hold this suspect as a potential enemy combatant not entitled to Miranda warnings or the appointment of counsel. Our goal at this critical juncture should be to gather intelligence and protect our nation from further attacks.

We remain under threat from radical Islam and we hope the Obama Administration will seriously consider the enemy combatant option.

We will stand behind the Administration if they decide to hold this suspect as an enemy combatant.

We are not at war here in America, no matter how much Senator Graham claims America is a battlefield. If Senator Graham wants to call out Islam as an enemy, fine, but he shouldn’t be going around shredding the Constitution the way he does. We try the suspect and we sentence him. In this case, if he is found guilty, he should be executed. If not, he should be set free. But, we don’t go off half-cocked like Senator Graham did last year telling people that they don’t get a lawyer or don’t get their rights as US citizens.

Wittes writes that there are four things to consider in light of Graham’s zealousness to ignore the Constitution:

In short, Wittes indicates that there “is simply no case for military detention here. By pushing for it, Sens. Graham and McCain risk bringing into disrepute the one avenue realistically open to those who want answers and justice.

The White House is indicating that Tsarnaev will not be charged as an enemy combatant. In a statement by White House Press Secretary Jay Carney, he said:

“He will not be treated as an enemy combatant. We will prosecute this terrorist through our civilian system of justice. Under U.S. law, United States citizens cannot be tried in military commissions. And it is important to remember that since 9/11 we have used the federal court system to convict and incarcerate hundreds of terrorists. The effective use of the criminal justice system has resulted in the interrogation, conviction and detention of both U.S. citizens and non-citizens for acts of terrorism committed inside the United States and around the world.

The system has repeatedly proven that it can successfully handle the threat we continue to face. There are a number of examples of this, high profile examples: The Times Square Bomber Faisal Shahzad pled guilty and was sentenced to life in prison. Abdul Muttalib, the so-called underwear bomber, was sentenced to life in prison. Warsame, a Somalian national and member of al-Shabab and has close associations with al Qaeda in the Arabia Peninsula, is now currently in this system and we have acquired valuable intelligence from him through the process allowed in the system. So this is absolutely the right way to go and the appropriate way to go. When it comes to United States citizens, it is against the law to try them in military commissions.”

Now if we could get Barack Obama to go through the same kind of justice system we might actually get somewhere in turning the nation around.

Tim Brown is a contributor to The D.C. Clothesline and the Editor of the ultra hard-hitting Freedom Outpost.