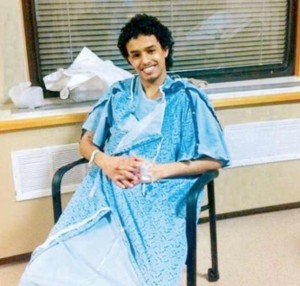 Today we find out if Glenn Beck can deliver the goods. He claims to have proof that The White House knows Abdul Rahman Ali Al-Harbi was somehow involved in the Boston bombings and allowed to leave in spite of it. My hope is that Beck can deliver, but either way…let’s review what we think we know about this 20 year old man. Please remember, that whether we like it or not, Al-Harbi is innocent until proven guilty.

A list of 85 “Most Wanted” was released by the Saudi Government and contains six of the Al-Harbi clan. I do not speak or read Arabic so please understand that this is a loose translation but my software translated the list as “An official list at the Ministry of the Interior announced a new list of Most Wanted.” The article goes on to list 85 names and contains several of the Al-Harbi clan members. I will at this point defer to someone who has already translated it:

The same Global Dispatch article goes on to list 5 Al-Harbi clan members who are currently detained in Guantanimo Bay:

I would surmise that this is part of what Glenn Beck will be talking about today. But he claims to have some proof that the rest of us do not have. I will be watching intently.

Either way, if a young man ends up in a hospital after a terrorist bombing, and he has 11 relatives who are either suspected terrorists or convicted terrorists, do you allow him to leave the country? It is certainly no wonder that they have been keeping this story quiet around D.C. The outrage seems to be centered around 4 things:

At the same time we can not convict a man solely on family ties or theories. We can however ask why he is being allowed to leave.

So I certainly hope that Beck has more than this list. I will be watching.

I don’t deny that something really stinks about the way this young man, who was originally a “person of interest,” has been handled. I can’t help but wonder what we are not being told. At the same time I have no proof and like everyone else I am waiting for it.