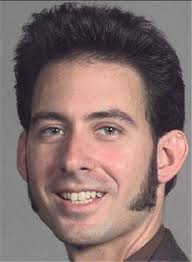 Does anyone else find it a bit odd that Paul Kevin Curtis would have signed the infamous “ricin” letters with his normal “I am KC and I approve of this message?”

I found that a bit odd but chalked it up to someone who wanted to be caught.

Well it seems that Paul Kevin Curtis was not that hell-bent on going to Federal prison.

The Chicago Tribune is reporting that Curtis has been released and charges have been dropped:

Prosecutors dropped charges on Tuesday against a Mississippi man accused of sending ricin-laced letters to President Barack Obama, a senator and a state judge, according to court documents.

The surprise decision came hours after Paul Kevin Curtis was released from a Mississippi jail on bond.

Prosecutors said the “ongoing investigation has revealed new information,” but provided no additional details, according to the court order dismissing the charges.

Curtis told reporters he respected Obama. “I would never do anything to pose a threat to him or any other U.S. official,” he said. “I love this country.”

He said he had no idea what ricin was. “I thought they said ‘rice,’ I told them I don’t eat rice,” he said.

Curtis, who is 45 and known in Mississippi as an Elvis impersonator, had been released from jail on bond earlier on Tuesday after a judge indefinitely postponed a court hearing on his detention. The case was later dismissed “without prejudice,” meaning the charges could be potentially reinstated if warranted.

Earlier today Fox News reported that the FBI was looking at a second suspect and looking at the possibility that Curtis may have been framed:

Jeff Woodfin, chief deputy with the U.S. Marshals Service in Oxford, Miss., confirmed the release of Paul Kevin Curtis to the Associated Press but said he didn’t know if there were any conditions on the release.

Shortly afterward, FBI searched the home of a possible second suspect. The FBI zeroed in on this individual earlier in the day, a source told Fox News.

Two sources had earlier confirmed to Fox News that the FBI was looking into the possibility that Curtis might have been framed as part of a grudge against him from someone in his neighborhood. A detention hearing for Curtis that was scheduled for Tuesday has also been postponed.

More news is sure to come on this bizarre set up. What kind of a sick individual tries to frame an Elvis impersonator?

Whoever it may have been…I do have a theory. There is only one King and it’s not Obama and certainly not Paul Kevin Curtis. This was simply a chance to get rid of two pretenders to the throne.

Look for someone who loves deep-fried peanut butter and banana sandwiches and you will likely find your culprit.

Long live the King (of Rock and Roll).