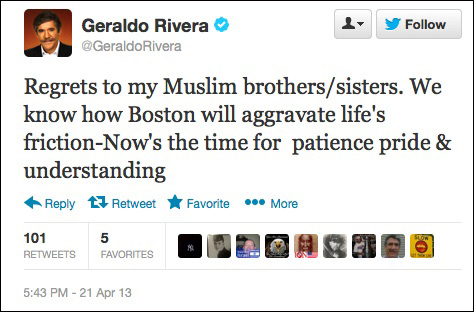 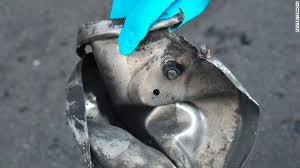 We have heard loads of information about the Tsarnaev brothers but one thing we keep hearing is a probable lie. We keep hearing that these brothers acted on radical Muslim beliefs but that they were not known to be connected to any terrorist organizations.

If I can trust my software, that would be Arabic for the stuff that comes out of the back end of a male cow. This story will change at some point when the federal government decides which organization to connect these men to. A lot depends on what they stand to gain from the political spin at the time.

As I reported yesterday in Who is Saudi National Questioned Regarding Boston Bombing? Abdul Rahman Ali Al-Habri is anything but an unconnected man. 6 of his relatives are labeled as dangerous terrorists by their own Saudi Arabian government and 5 of the other Al-Habri clan members are currently locked up in Guantanamo Bay. Does this sound like there is no connection to a terrorist organization? If nothing else you could say these guys are connected to the Al-Habri clan. Further evidence of a “cover up” with this “person of interest” continues to surface.

I have to seriously question how a man like Abdul Rahman Ali Al-Habri was even allowed to enter this country legally. I also have to question how Tameran Tsarnaev was allowed to stay. He has a case of “domestic violence” on his record which was enough to deport him, even if the FBI could never quite make the case for his terrorist activities. Wouldn’t that qualify as the sage old “Ounce of Prevention?”

Then you have these two latest clowns who are being reported as connected to the bombing. If you drive around in a Beamer with “Terrorista #1” license plates you might have some mental disorders. There is nothing like celebrating evil toward your fellow man.

Two foreign nationals — who are believed to be associates of the alleged Boston Marathon bombers — were arrested Saturday on immigration violations, authorities said.

The men, identified by neighbors as 19-year-olds from Kazakhstan, drove around in a black BMW with the mock license plate, “TERRORISTA #1.”

The pair was hauled out of their New Bedford apartment in handcuffs about 3:50 p.m. The raid was carried out by Immigration and Customs Enforcement agents, a spokesman told the Daily News.

“These individuals were arrested on administrative immigration violations,” spokesman Ross Feinstein said in a terse statement.

The question is… Where does it end? Who is being arrested or quietly deported that we are not hearing about? Make no mistake, there is a sleeper cell here and very few are bothering to report it. It is simply being written off as a couple of bad young men who decided to do bad things.

Keep your eyes peeled because chances are this cell is very large and they may not be done with their heinous crimes against innocent people.

By the way, Fox News just broke a story stating that the suspects learned to make their bombs in an Al Qaeda magazine called “Inspire.” We were on that story about 6 days ago. Well it would seem that my suspicions were correct. It’s too bad that the headline on Fox News doesn’t read “Dean Garrison Finally Gets it Right.”  At any rate, on April 17th I published an article called Recipe for Boston Pressure Cooker Bombs Published 3 Years Ago in Al Qaeda “Inspire” Magazine. People don’t realize how sick this world is that we live in. I won’t sugar coat terrorists and their relations to Radical Islam. Not all Muslims are terrorists, but most terrorists are Muslim. That’s not an opinion. It’s a fact.