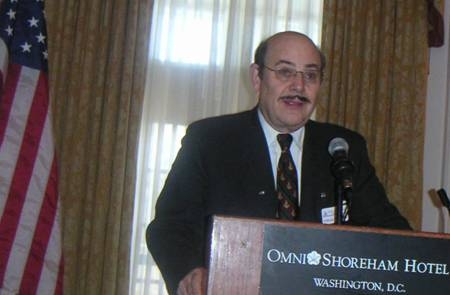 In a post by retired United States Army Sgt. Major J. D. Pendry laid out the history of the Democrats emboldening and empowering of what he calls “Islamic Nazis” since the time of Jimmy Carter. His letter, originally written for his private email list dated June 24, 2006, should be read and absorbed by all Americans, especially those who continue to put their heads in the sand regarding Islam.

Jimmy Carter, you are the father of the Islamic Nazi movement. You threw the Shah under the bus, welcomed the Ayatollah home, and then lacked the spine to confront the terrorists when they took our embassy and our people hostage. You’re the “runner-in-chief.”

Bill Clinton, you played ring around the Lewinsky while the terrorists were at war with us. You got us into a fight with them in Somalia and then you ran from it. Your weak-willed responses to the USS Cole and the First Trade Center Bombing and Our Embassy Bombings emboldened the killers. Each time you failed to respond adequately, they grew bolder, until 9/11/2001.

John Kerry, dishonesty is your most prominent attribute. You lied about American Soldiers in Vietnam … Your military service, like your life, is more fiction than fact. You’ve accused our military of terrorizing women and children in Iraq. You called Iraq the wrong war, wrong place, wrong time, and the same words you used to describe Vietnam. You’re a fake! You want to run from Iraq and abandon the Iraqis to murderers just as you did to the Vietnamese. Iraq, like Vietnam, is another war that you were for, before you were against it.

The late John Murtha, said our military was broken. He said we can’t win militarily in Iraq. He accused United States Marines of cold-blooded murder without proof and said we should redeploy to Okinawa. Okinawa??? And the Democrats called him their military expert! Maybe he suffered a traumatic brain injury while he was off building his war hero resume? He was a sad, pitiable, corrupt, and washed up old fool, not a true Marine. He wouldn’t amount to a good pimple on a real Marine’s ass, a phony and a disgrace.

Dick Durbin, you accused our Soldiers at Guantanamo of being Nazis, tenders of Soviet style gulags and as bad as the regime of Pol Pot, who murdered two million of his own people after your party abandoned Southeast Asia to the Communists. Then you wanted to abandon the Iraqis to the same fate. History was not a good teacher for you, was it? Lord help us! See Dick run!

Nancy Pelosi, Harry Reid, Carl Levine, Barbara Boxer, Diane Feinstein, Russ Feingold, Pat Leahy, Barack Obama, Chuck Schumer, the Hollywood Leftist morons, et al, to name a few ad nauseam: Every time you stand in front of television cameras and broadcast to the Islamic Nazis that we went to war because our former President lied, that the war is wrong and our Soldiers are torturers, that we should leave Iraq, you give the Islamic butchers – the same ones that tortured and mutilated American Soldiers – cause to think that we’ll run away again, and all they have to do is hang on a little longer. It is inevitable that we, the infidels, will have to defeat the Islamic jihadists. Better to do it on their turf, than later on ours after they may gain both strength and momentum.

American news media, the New York Times particularly: Each time you publish stories about national defense secrets and our intelligence gathering methods, you become one united with the sub-human pieces of camel dung that torture and mutilate the bodies of American Soldiers. You can’t strike up the courage to publish cartoons, but you can help Al Qaeda destroy my country. Actually, you are more dangerous to us than Al Qaeda is. Think about that each time you face Mecca to admire your Pulitzer.

You are America’s ‘AXIS OF IDIOTS.’ Your Collective Stupidity will destroy us. Self-serving politics and terrorist-abetting news scoops are more important to you than our national security or the lives of innocent civilians and Soldiers. It bothers you that defending ourselves gets in the way of your elitist sport of politics and your ignorant editorializing. There is as much blood on your hands as is on the hands of murdering terrorists. Don’t ever doubt that. Your frolics will only serve to extend this war as they extended Vietnam. If you want our Soldiers home as you claim, knock off the crap and try supporting your country ahead of supporting your silly political aims and aiding our enemies.

Yes, I’m questioning your patriotism. Your loyalty ends with self. I’m also questioning why you’re stealing air that decent Americans could be breathing. You don’t deserve the protection of our men and women in uniform. You need to run away from this war, this country. Leave the war to the people who have the will to see it through and the country to people who are willing to defend it.

No Commander in Chief, you don’t get off the hook either. Our country has two enemies. Those who want to destroy us from the outside and those who attempt it from within. Your Soldiers are dealing with the outside force. It’s your obligation to support them by confronting the axis of idiots. America must hear it from you that these people are harming our country, abetting the enemy and endangering our safety. Well up a little anger please, and channel it toward the appropriate target. You must prosecute those who leak national security secrets to the media. You must prosecute those in the media who knowingly publish those secrets. Our Soldiers need you to confront the enemy that they cannot.

They need you to do it now.

Pendry is right on target and as such it is time for the people to start dealing with the problem of Islam, since those in government apparently don’t have the spine to deal with it. We can start be getting the word out to stop all Islamic immigration to the US and deport all those here on visa and finding those with expired visas and deporting them as well. Additionally, we should seek to start removing Islamists from our military and our government. If you support that, please share the petition article to inform people and the petition itself.