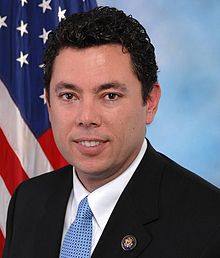 Republican Rep. Jason Chaffetz said Thursday that the Department of Homeland Security is using roughly 1,000 rounds of ammunition more per person than the U.S. Army, as he and other lawmakers sharply questioned DHS officials on their “massive” bullet buys.

“It is entirely … inexplicable why the Department of Homeland Security needs so much ammunition,” Chaffetz, R-Utah, said at a hearing.

The hearing itself was unusual, as questions about the department’s ammunition purchases until recently had bubbled largely under the radar — on blogs and in the occasional news article. But as the Department of Homeland Security found itself publicly defending the purchases, lawmakers gradually showed more interest in the issue.

Chaffetz’ questions were about waste and accountability. He was able to structure a solid line of questioning based upon the fact that DHS is requiring 1000 more rounds per agent than the United States Army requires for one of its soldiers:

Comparing that with the small-arms purchases procured by the U.S. Army, he said the DHS is churning through between 1,300 and 1,600 rounds per officer, while the U.S. Army goes through roughly 350 rounds per soldier.

“Their officers use what seems to be an exorbitant amount of ammunition,” he said.

Chaffetz released a video of his participation in the hearing late Thursday. He was able to get a startling admission that ICE agents used less than 100 total rounds of ammunition in the line of duty in 2012.

Chaffetz also exposed that he is in receipt of  “emails and web postings” from Customs and Border Patrol agents who say that they are getting zero rounds of ammunition for training.

Here is an exact quote from Humberto Medina in response to Chaffetz:

Unfortunately Medina’s answer was accepted and Chaffetz moved on. Think about what Humberto Medina just revealed.

Practice rounds that DHS agents can take home? What kind of policy is that? If you are looking to curb waste then you may have just found your answer Mr. Chaffetz. Where is the accountability when a DHS agent takes home a box of ammunition or several boxes for “practice?” Who is to say that the agent used the “practice rounds” he or she was issued before asking for more “practice” rounds?

Does an agent have to provide proof that they went to a firing range and discharged these rounds? That is a question that needs to be asked and I hope that by some twist of fate this article is seen by the right pair of eyes who will ask the question.

Chaffetz goes on to state that over 14 million rounds were used for operational purposes of Customs and Border Patrol agents despite the fact that they rarely fire their guns. He states to Medina that, “It seems like it’s just walking out the door.”

Chaffetz went on to question Dr. Nayak about the 1 Billion plus round ammunition purchase options that DHS has for the next 5 years and was unable to secure a definitive answer.

Up until today I had zero doubt in the stories I had been hearing about the massive DHS ammunition build up. I have seen the documents and I know that the purchases, contracts and open bids are real. I know that the seriousness of the issue goes beyond the sheer volume of ammunition purchases as well. The DHS is ordering “hollow point” bullets and contracting private companies to make targets of women, children and senior citizens. However, today I find myself asking a brand new question which deserves an answer.

What if it is not solely the Department of Homeland Security that is stockpiling ammunition? What if it is also DHS agents who, for all intents and purposes, are stealing from their employer and making off with free ammunition for “personal use?”

This would certainly be a serious issue that would need to be addressed, but it is far less serious than The DHS hording ammunition to use against the American people in a “police state” scenario. I will not discount that possibility either. There is too much evidence to suggest that it is a possibility.

We want nothing but the truth. Maybe “employee theft” is part of the issue.

I’m not sure this truly qualifies as employee theft since the policy that Humberto Medina talks about is DHS supported. Could it be that after all of the talk of massive build ups and the DHS deliberately trying to cause an ammunition shortage that part of the answer lies in just another bad example of government waste? And of unscrupulous employees who have a part in that waste?

Time will tell. Nothing would surprise me at this point but there is a possibility that some morally challenged employees have been taking advantage of DHS policies.

I wonder if one of those guys would sell me a few boxes of Ammo?

Let’s not lose focus. I see this as a development, but it does not explain the “hollow point” bullets that are illegal in international warfare.  I would certainly hope that DHS agents are not allowed to take hollow points home. I am convinced of very little at this point.

But I am convinced that DHS just revealed a serious accountability issue. So far as I know the United States Army doesn’t provide its soldiers with rounds of live ammunition to take home and “practice” with while on leave.

Are these agents required to prove that they are using the ammunition that they take home? The American people deserve an answer to that question.

How much “practice” ammo does The Department of Homeland Security send home with its agents each year?

With all due respect to Representative Chaffetz, it may be time to call in the big guns. If you need to get to the root of a “practice” issue there is only one authority who can be trusted. I think Allen Iverson is the man to handle the next round of questions for The Department of Homeland Security.