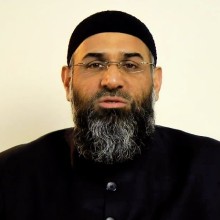 According to reports this week, suspected Boston marathon bomber Tamerlan Tsarnaev and his wife were receiving welfare benefits in the State of Massachusetts until November 2012. Both he and his brother Dzhokhar received food stamps and other welfare goodies as they grew up. Imam Anjem Choudary calls upon Islamists to reach deep into the pockets of the taxpayers in the United Kingdom and rob them of welfare goodies in order to push jihad. Why doesn’t this surprise me?

The family of Dzhokhar and Tamerlan Tsarnaev, the two brothers accused in the Boston Marathon bomb attacks, received food stamps and welfare when the brothers were growing up, according to a letter from the state Department of Transitional Assistance that was obtained by the Globe.

In the letter, sent Thursday to the chairman of the House Post Audit and Oversight Committee, the department outlined the benefits that the brothers had received through their parents, Anzor and Zubeidat, as well as benefits Tamerlan Tsarnaev later received as a member of his wife’s household.

Anzor and Zubeidat received Supplemental Nutrition Assistance Program benefits, commonly known as food stamps, from October 2002 to November 2004, when Dzhokhar would have been about 8 to 10 years old and Tamerlan 15 to 17. The family also received them from August 2009 to December 2011, according to the letter.

Anzor was also a Transitional Aid to Families with Dependent Children grantee from January 2003 to March 2003, and again from August 2009 to June 2010.

Transitional Aid to Families with Dependent Children is a state and federally funded program that provides cash assistance to families with children and pregnant women, according to the letter. The program is commonly known as welfare.

Imam Anjem Choudary was secretly recorded explaining how his followers could get government assistance to fund a Muslim jihad back in Feburary.

Calling it a “Jihadi Allowance,” cleric Anjem Choundary, 45, has four kids, brings in £25,000, or just under $39,000 U.S. in benefits himself, and says that this is the way it is supposed to work according to Islamic law.

Recorded by both the U.K. Sun and Telegraph, Choundary says:

His doctrines are there to mock English workers who perform 9 to 5 jobs, but even more so, it is what the Qur’an teaches that Muslims should engage in. You see my friends, even those “peaceful” sounding and looking Muslims engage in jihad. They just do it on a different level. To see why welfare is important, listen to David Wood’s explanation of Sura 5:33 here and this will all make sense.

I bring to your attention the Imam’s call for taking advantage of the welfare system in the UK, because it is most definitely happening here in the United States. In fact, that should be on the list of things to deal with concerning Islamists and that is to begin removing them from the welfare rolls.

Understand this, the illegals and the Muslims are using our own system against us. The welfare state must have a stake driven through its heart and Islamic immigration must be stopped, proceeded by repentance in our churches if we have any hope of having a future that is bright and peaceful in this land.