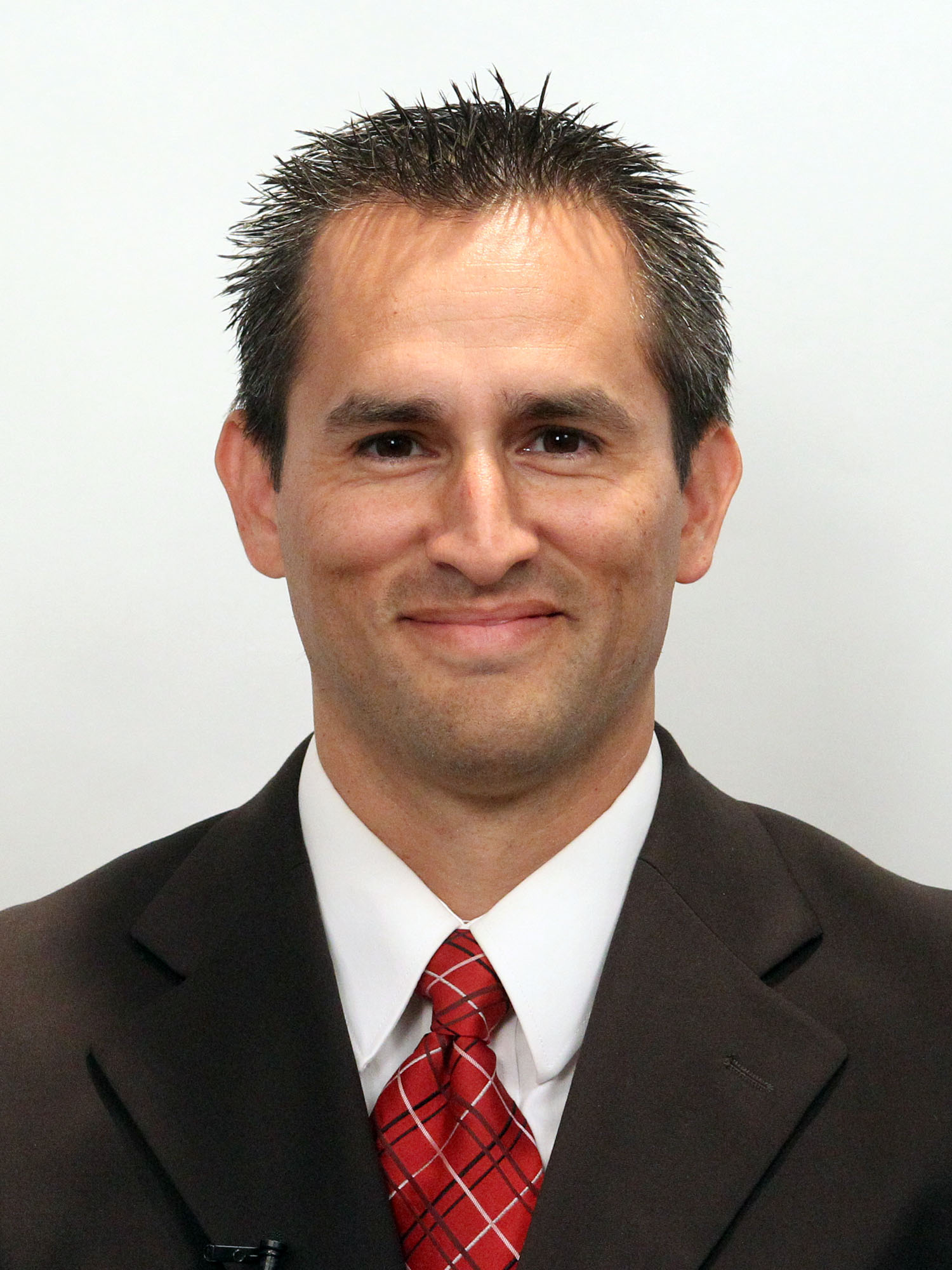 Now this is a very interesting conflagration of events. The New York Times has recently reported that Bush Jr. and Obama are both guilty of supporting and concealing torture. When Obama took office he promised that he would not look into the crimes of the previous President. Quite convenient…I suppose he will expect the same benefit of the next President should the USA still exist after he is through destroying it.

But not this quote right here from the article: “The use of torture, the report concludes, has “no justification” and “damaged the standing of our nation, reduced our capacity to convey moral censure when necessary and potentially increased the danger to U.S. military personnel taken captive.” The task force found “no firm or persuasive evidence” that these interrogation methods produced valuable information that could not have been obtained by other means. While “a person subjected to torture might well divulge useful information,” much of the information obtained by force was not reliable, the report says.”

Okay people so here are the results of the report.

It’s like this. Let’s say someone was drowning you and all you had to say were the words, “I did it. I’m guilty” to get them to stop. You would and probably 99% of all humans would because of the pain and horror. You see, TORTURE DOES NOT PROVIDE RELIABLE CONFESSIONS, because the prisoner will confess to anything simply to STOP the torture. That’s how it really works.

Now let us come to the case of Dzhokhar Tsarnaev. He is a U.S. citizen immigrant from Chechnya. He was accused of the Boston bombing. We now know that he had no gun when the police shot at him while hiding in a boat. Here is one admission on mainstream news.

Even the the liberal host Bill Maher who supports the government nanny state had to admit that the police firing at an unarmed man in a boat was “unprofessional.” Unprofessional? It’s called ATTEMPTED MURDER. Also Maher goes on to say, “I agree that we shouldn’t have given the kid his Miranda rights because he probably had information. We wanted to take him alive. We all agree with that.… there could’ve been bombs out there, there could’ve been an accomplice. So we wanted to take him alive. If you agree with that then what the cops did there was unprofessional. That’s called contagious fire,” Maher said on HBO’s “Real Time.” I just don’t understand that. Why not read him his Miranda rights? Why not give every human being due process? If we make an exception here, where do we draw the line? Maybe Miranda rights are too old school like the rest of the Bill of Rights and we should just do away with them entirely…I don’t think Maher nearly hard enough on the police, but he does go on to tell the truth. Maher also said that America is becoming a “police state.”
Read more: www.politico.com

Let’s have a conversation about the American police state.

Now I will add that the police were likely shocked that Dzhokhar survived their firing squad which I’ve detailed in another article. One of my supporters pointed out that the reason Dzhokhar was not killed was probably because the police were using hollow point bullets. Here is a nice discussion of the Disadvantages of hollow point bullets? So we should like to know what rounds the police were using and what the hull of the boat was made of. Also because this was a terrorist man-hunt it is likely that DHS was providing resources and DHS recently purchased 360,000 hollow point rounds to go with the 1.5 billion they already have for their domestic war on Americans. Hey Boston PD, you borrowed hollow point bullets from DHS didn’t you? Then you had your manic firing squad, your Christopher Dorner moment to execute the suspect and this is what happened… 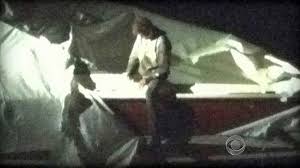 He stood up and walked out of the boat. Good thing the news was there or the Boston PD would have finished him off. They said he shot himself in the throat to attempt suicide. This begs that question as to how he actually was wounded in the throat. If they were trying to kill him and then beat him after getting out of the boat, we are back to questions about torture because many people were calling for his torture after his arrest including New York State senator Greg Ball and Donald Trump. I guess neither of these men reads the New York Times. So, we have millions of people in America who supported the idea of torturing Dzhokhar immediately after arrest while already in critical condition from a throat wound. Donald Trump’s tweet reads, “What do you think of water boarding the Boston killer sometime prior to allowing our doctors to make him well? I suspect he may talk!” Hey Donald, the man had a throat wound and COULDN’T TALK. He physically could not talk. Furthermore, all you people want him tortured so he will confess right? OF COURSE, HE WILL CONFESS. Everyone confesses in torture and they will confess to anything you want. Here’s an idea, I’m calling for the torture of everyone who called for the torture of  Dzhokhar Tsarnaev for the Boston bombing. We would have millions of people confessing to doing it. We were told that he did in fact confess. How did he do that without speaking while bleeding out his throat? Did he tweet it?

Oh yeah, he also allegedly confessed that they were going to attack New York next…Right…

Now here is something else to complicate matters.

PROOF THE UNITED STATES HAS SPONSORED AND PROTECTED CHECHEN TERRORISTS WHO KILLED RUSSIANS PRIOR TO Tamerlan Tsarnaev.

So our government has been protecting Chechens and bringing them to Boston with your tax dollars because they are considered freedom fighters and they are fans of America. Did you know that? So why would these Chechen boys turn against America? It doesn’t fit with the official story. However, it does fight with the Russian reports that they had identified the older brother as a Chechen terrorist working with the CIA for the US interests. These brothers were not a Muslim extremists.  Chechen rebels are friends of the U.S. not enemies. They loved America and partied. The older brother had strong ties to U.S. intelligence to the chagrin of the Russians who had outed, which was possibly why the FBI chose Tamerlan as the fall guy being that his cover was blown. He had worn out his usefulness… Here is the profile of this alleged “Muslim extremist” from his peers in college. “The 19-year-old sophomore studied engineering, played soccer and became known for party-hopping and smoking marijuana. When he talked to his friends, it was usually about one subject — girls. As a freshman, he decorated his dorm room wall with two posters: one of Einstein, the other of 12 bikini-clad women on a beach…He would talk about which ones had the nicest butt…He wasn’t a loner. He wasn’t known for angry outbursts. And although authorities say his older brother and alleged accomplice took a turn toward radical Islam in recent years, Tsarnaev showed little sign of religious fervor.”

One friend said, “A lot of us are very confused on campus since we were such good friends with him and all of the sudden he’s mixed up in these horrible things,” she said. “I don’t believe it even though the facts are right in front of me.” Another “I know he’s a bad guy,” he said, “but for me, he’s still a good guy.”

He sounds like a real Jihadist warrior monk for Islam what with the bikinis and pot and what not…Actually, he sounds like a regular college kid. This is why it is important for Dzhokhar Tsarnaev to have his Miranda rights. He needs due process, because there are way too many moving parts here. People are crying out that “He hurt Americans.” No, you don’t know that. That’s why we have a thing called a “TRIAL.” “Well, the police said…” Stop right there. Whatever these police said about anything is like a pile of horse crap. Do you understand the meaning of a police state? It’s a place like Boston where the people working in the police department were recruited precisely because they are losers, schmucks, asses, criminals, sadists, and bold-faced murders. That’s why they got hired. They’re punks. Thugs hired by the government to cover up the crimes of government. This the Mafia of the United States of America! Until we have cold hard facts, Dzhokhar is innocent until PROVEN guilty and until then he didn’t hurt anybody.

Who do we see WITH a backpack prior to the bomb going off as well as running from the scene after the blast WITHOUT his backpack and who even looks like special forces? A Craft services operative.

Here they are standing around looking more than suspicious…

Clearly, the man is wearing a backpack.

Here he is fleeing the scene without his back pack. See he has no straps and you can see that his partner is still wearing his backpack. Oh, but he’s not a suspect according to the FBI. I know, he’s an employee…

Look this one even has the possible detonator in his hand…

The whole gang is there staging this bombing on behalf of the FBI and the police state. They all dress the same how cute…

Walking away from a job well done. “We’ve terrorized a nation. Mission accomplished.”

Congratulations, you’ve sold out America as military contractors doing here domestically what you’ve been doing for years in foreign countries. The chickens have come home to roost. America you sponsored these activities by our intelligence agencies around the world from the time beginning just after WWII. Now you know how what it is like. Are we having fun yet becoming a police state? Ever heard of Operation Gladio? We are experiencing the homecoming of Operation Gladio…What is being done to you has been done to many families by U.S. special forces. If this is not the natural law of karma…

This article originally appeared on the NevadaGovernor2014.com site and was reprinted with the permission of our friend David Lory VanDerBeek. David updates his investigative pieces on occasion. You can click here to check for updates.