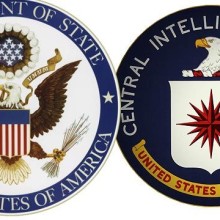 America has been demanding answers in the Benghazi cover up and it seems we may be getting closer to the truth as Benghazi whistleblowers are coming forward and talking to Congress. It has now been reported that at least four career officials, at the State Department and the Central Intelligence Agency (CIA), have retained attorneys, as Rep. Darrell Issa suggested they do, as they prepare to provide sensitive information to Congress regarding the September 11, 2012 attacks in Benghazi, Libya. Reports are coming forth that some of these witness are being threatened by Barack Obama’s administration officials.

“Some witnesses may be required to retain personal counsel to represent them before the committee and in the event the agency subsequently retaliates against them for cooperating with the committee’s investigation,” Issa wrote to the CIA and other government officials on Wednesday of last week.

“Additional witnesses may be compelled by subpoena to give testimony to the committee and can be reasonably expected to retain personal counsel at that time,” he added.

“[I]t is important that the agency makes clear to its employees that they are free to furnish information to Congress in accordance with their statutory rights,” Issa wrote.

“Additionally, retaliation against a witness who communicates with the committee can be considered obstruction of a congressional investigation and is punishable by fine and imprisonment,” he added.

It seems that the Obama administration is not taking Issa’s statements under advisement.

Victoria Toensing, a former Justice Department official and Republican counsel to the Senate Intelligence Committee, is now representing one of the State Department employees. She told Fox News her client and some of the others, who consider themselves whistle-blowers, have been threatened by unnamed Obama administration officials.

Toensing declined to name her client. She also refused to say whether the individual was on the ground in Benghazi on the night of Sept. 11, 2012, when terrorist attacks on two U.S. installations in the Libyan city killed four Americans, including U.S. Ambassador to Libya Chris Stevens.

However, Toensing disclosed that her client has pertinent information on all three time periods investigators consider relevant to the attacks: the months that led up to the attack, when pleas by the ambassador and his staff for enhanced security in Benghazi were mostly rejected by senior officers at the State Department; the eight-hour time frame in which the attacks unfolded, and the eight-day period that followed the attacks, when Obama administration officials incorrectly described them as the result of a spontaneous protest over a video.

“It’s frightening, and they’re doing some very despicable threats to people,” she said. “Not ‘we’re going to kill you,’ or not ‘we’re going to prosecute you tomorrow,’ but they’re taking career people and making them well aware that their careers will be over [if they cooperate with congressional investigators].”

Obama’s Acting Director of the Bureau of Alcohol, Tobacco, Firearms and Explosives (BATFE), Todd B. Jones, was called out last year after his video, which was considered a threat, was viewed by BATFE employees, in the midst of the other Obama scandal, Operation Fast and Furious.

Congressman Issa wrote to State Secretary John Kerry on Friday complaining that the State Department hasn’t made the provisions for attorneys to receive security clearances that they need to review the classified documents and other evidence.

“It is unavoidable that Department employees identifying themselves as witnesses in the Committee’s investigation will apply for a security clearance to allow their personal attorneys to handle sensitive or classified material,” Issa wrote. “The Department’s unwillingness to make the process for clearing an attorney more transparent appears to be an effort to interfere with the rights of employees to furnish information to Congress.”

On Friday, Issa also wrote on his blog:

This much is clear, the White House and State Department officials have attempted to suppress information about errors and reckless misjudgments that led to the death of four brave Americans.

The American people deserve to have the full truth about what happened both before and after the attacks in Benghazi.  I will convene an Oversight Committee hearing next month to examine new facts about what happened and significant problems with the Administration’s own review of security failures.

While President Obama and his administration may be inclined to give free passes to senior officials who failed to meet their responsibilities in protecting our citizens abroad, my Committee will work to expose what they did and hold them accountable to you, the American people, to ensure that it does not happen again.

Secretary Kerry though doesn’t seem too concerned about Benghazi. In fact, he wants to move on to “more important things.”

“I do not want to spend the next year coming up here talking about Benghazi,” he told Rep. Ed Royce (R-CA) on April 17.

Meanwhile Kerry’s spokesman Patrick Ventrell told reporters, “I’m not aware of private counsel seeking security clearances or — or anything to that regard. I’m not aware of whistle-blowers one way or another.”

While Ventrell pointed to the FBI’s work and the State Department’s investigation and said it was a “very thorough, independent investigation, which we completed and (which was) transparent and shared,” apparently he doesn’t get that both of those departments fall under the Executive Branch, so honestly it’s kind of like investigating yourself. Ventrell claims that “Congress has its own prerogatives” and that “there are many folks who are, in a political manner, trying to sort of use this for their own political means, or ends.”

Right, Barack Obama and his administration would never do anything for political means and ends, would they?