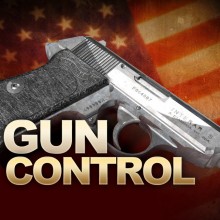 Socialist gun grabbers were dealt a tremendous blow just a couple of weeks ago, in part due to pressure by American patriots letting Washington elected officials know that they would not go quietly into the night towards tyranny. There were also principled men who stood their ground on the Second Amendment, resulting in all of Barack Obama’s gun control agenda biting the dust, which also resulted in Obama acting like a spoiled little brat (That alone was worth it). However from the ashes of the dead gun control bill and its big government control amendments, it looks as if senators didn’t quite get the message from the American people, or the Constitution for that matter, and are trying to resuscitate gun control.

Talks to revive gun control legislation are quietly under way on Capitol Hill as a bipartisan group of senators seeks a way to bridge the differences that led to last week’s collapse of the most serious effort to overhaul the country’s gun laws in 20 years.

Drawing on the lessons from battles in the 1980s and ’90s over the Brady Bill, which failed in Congress several times before ultimately passing, gun control supporters believe they can prevail by working on a two-pronged strategy. First, they are identifying senators who might be willing to change their votes and support a background check system with fewer loopholes.

Second, they are looking to build a national campaign that would better harness overwhelming public support for universal background checks — which many national polls put at near 90 percent approval — to pressure lawmakers.

Because of this Senators Joe Manchin (D-WV) and Patrick Toomey (R-PA) have been talking about pushing their bill again by manipulating its language. “We’re going to work it hard,” Manchin said.

However, more bi-partisan legislation is being looked at. A completely separate anti-gun trafficking bill is being talked about by Senators Kirsten Gillibrand (D-NY), Kelly Ayotte (R-NH) and Charles Grassley (R-IA). While Ayotte and Grassley voted against the background check bill, they are discussing ways they might support this bill which allegedly would criminalize the shipping or transfer of guns to someone who is barred from possessing a firearm. Excuse me, but one, isn’t that already criminal? Two, does the federal government really have that authority under the Constitution, or is that the prerogative of the states? Three, what other language will be stuffed into this piece of legislation that we’re not being told about? And finally, would this then be retroactive to bring to justice those in the Obama administration that have knowingly signed off on, or were involved in any way with, Operation Fast and Furious which put thousands of guns into the hands of criminal Mexican drug cartels and has left hundreds of Mexicans and at least two federal agents dead?

“I think trafficking can be the base of the bill, the rock on which everything else stands,” Ms. Gillibrand said. “I also think it’s complementary to background checks because, let’s be honest, criminals aren’t going to buy a gun and go through a background check. So if you really want to go after criminals, you have to have to do both.”

Oh I see, so criminals aren’t’ going to go through a background check to buy a gun, but they are going to make you aware that they are getting someone to purchase one for them or have it shipped to them, correct? Is this the logic being used? Not only is the logic faulty, but the constitutionality of the federal government’s authority to implement such legislation seems to be lacking here as well.

Ayotte says that she will continue talks with Gillibrand but sees their agreement might be closest on expanding mental health care, something I’ve warned conservatives over and over about and we have seen what that kind of thinking does. Again, the federal government has no constitutional authority concerning arms legislation or restriction.

“There’s a lot we have agreement on in terms of enforcing our current system,” she said. “And so I certainly think we should look for the common elements, including the mental health piece, which I support as well, and try to move as much of that as possible forward.”

As Vice President Joe “Shotgun” Biden summoned a group on Capitol Hill on Thursday to talk about continuing to attack the Second Amendment, one of the attendees said,”It’s not a question of really changing their minds for or against this policy. It’s demonstrating that it’s safe to do the right thing and politically unsafe not to.”

Since the idea is to make the bills that were shot down more “palatable,” it appears to me it’s kind of like putting candy sprinkles on dung. It may make it look more appealing, but in the end it’s still dung. The same is true here. It doesn’t matter how much you manipulate the language of the bills, it’s still outside the authority of the federal government and that’s all one really needs to know on the issue.

Remember who the senators were who helped to shoot down gun control and call them, email them and fax them to encourage them in this new onslaught against the ability to keep and bear arms legally in the United States.