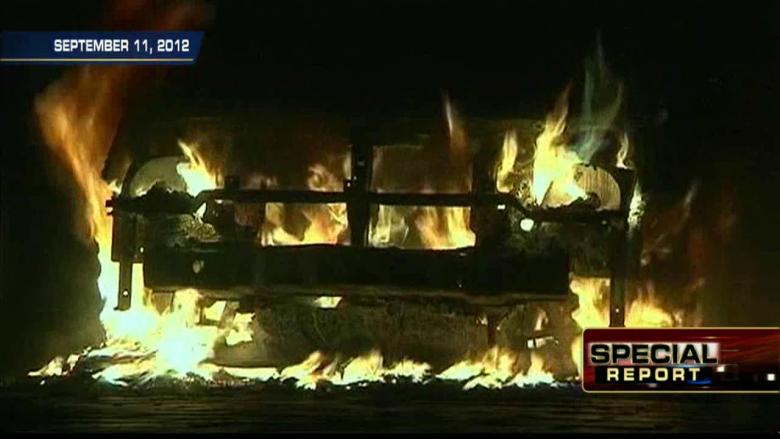 Benghazi answers would seem to finally be on the way and it is about time. America is sick of the lies. The only people believing The White House spin machine for the last 7 1/2 months were the same people who also believe in The Easter Bunny, Santa Claus and that Socialism is good for America.

As D.C. Clothesline Contributor, and Editor of Freedom Outpost, Tim Brown reported on April 18th, this administration is about nothing but lies:

“Representatives Dana Rohrabacher (R-CA) suggested the Obama administration has lied to congressional investigators, to which Kerry responded, ‘Nobody has lied to anybody.’

This kind of attitude from Kerry in declaring he would ‘appoint someone tomorrow’ when the issue with Benghazi has been going on eight months is just ridiculous. He knew this was an issue that would have to be dealt with when he took the post and yet he procrastinates.

Second, oh yes the Obama administration most definitely lied to the American people. They lied for a week about a YouTube video and spontaneous reaction to it. They sent the United Nations Ambassador Susan Rice out on five Sunday Shows to promote that lie, only later to admit to it. Then she continued to promote Benghazi lies after the 2012 election. They lied about making phones calls and not making phone calls. Obama lied about being AWOL too. Lies are abounding in this scandal, just like they are in the Fast and Furious scandal involving Obama’s Attorney General, the DOJ and the ATF.”

Fox News broke a huge story on Monday that at least four Benghazi whistleblowers have come forward to say they were intimidated by the Obama Administration. Fox News is reporting that these whistleblowers were not only from the State Department but the CIA as well:

“At least four career officials at the State Department and the Central Intelligence Agency have retained lawyers or are in the process of doing so, as they prepare to provide sensitive information about the Benghazi attacks to Congress, Fox News has learned.

Victoria Toensing, a former Justice Department official and Republican counsel to the Senate Intelligence Committee, is now representing one of the State Department employees. She told Fox News her client and some of the others, who consider themselves whistle-blowers, have been threatened by unnamed Obama administration officials.

Bret Baier also reported that “U.S. forces could have intervened in the terror attack in time.”

“The nature of the communications with the whistleblowers and their identities are not being made public at this time. But in response, the Oversight Committee yesterday sent letters to the three federal agencies involved: the CIA, the Defense Department and the State Department.

The letters make the case for the whistleblowers to be able to share sensitive or classified information with their own attorneys, and ask for each agency’s official description of the legal steps that process must follow. The letters also state that additional witnesses may be ‘compelled by subpoena to give testimony.'”

With the happenings and build up of the last two weeks I think it is fair to be cautiously optimistic that we are about to see what Americans have been wanting for almost 8 months…THE TRUTH!

We will not forget the Americans who died.

We will not forgive any acts of treason which resulted in those deaths.