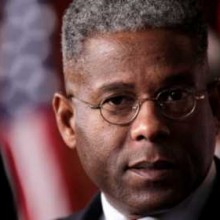 At this year’s CPAC, former Congressman and Lt. Col. Allen West gave a great speech in which he said, “there is nothing on this green earth that a liberal progressive fears more than a black American who wants a better life and a smaller government.” However, what was largely missed was the fact that West was approached by the lead investigator of Sheriff Joe Arpaio’s Cold Case Posse, Lt. Michael Zullo, and Pastor Carl Gallups with the evidence they had concerning Barack Obama’s forged birth certificate, he declined to get involved because of “future political aspirations.”

In a response to questions about his article regarding West’s refusal to get involved, Pastor Gallups explained, “Lt. Mike Zullo and I spoke to Col. West the first on the evening before CPAC. We were at dinner and West came right by our table. He had a small group with him. He was talking to someone at the table next to us. After he finished, we introduced ourselves. He said he knew of the Arpaio investigation and Lt. Zullo and would be glad to meet with us for a few moments to discuss the evidence we had. His secretary, who was with him, gave us an email and told us to remind her and she would set an appointment time. We sent the email. The appointment was never made.”

Zullo and Gallups were not just going to give up so since they did not hear back from West by the following evening, they approached him at a CPAC VIP dinner. Gallups said, “I politely reminded him of his promise to us but told him that we had not heard from him yet. He told me that we should ‘stop by his display table tomorrow.’”

“The next day,” Gallups continued, “Lt. Zullo was able to find him in the crowd. He asked West for five minutes of his time. West gave it to him. Lt. Zullo told him of the 100% solid evidence he had of a forged and fabricated document and the legal ramifications of it. The bottom line of that conversation was that West told Zullo (after hearing and acknowledging the evidence of the case) that he couldn’t get involved in that because he might have future political aspirations – he couldn’t afford to be associated with that. Lt. Zullo assured him this was NOT a birther issue – this was a proven criminal forgery and fabrication of identifying document issue. He assured West that he would be backed up by a full and professional criminal investigation. Lt. Zullo asked West if he could at least help us to open other doors with other VIPS.  West reaffirmed that he had no interest in helping us.”

While Gallups says that he holds out hope that West will eventually come on board and push the issue, he is not quite sure it will happen. However, he did say there were many of the VIPs that were responsive and did sign on to help. “I know how politics work,” he said. “We may wind up with many on board with us – or we might wind up with every one of them backing out on us.”

Perhaps this explains why Lt. Col. West began to capitulate from his former clear stand against Islam (See the video), as a whole, to claiming that Islam had been hijacked by radicals.

West has been an outspoken critic of Barack Obama. He has also, at one point, been an outspoken critic of Islam. Knowing the infiltration of the Muslim Brotherhood into the federal government and understanding that the current occupant in the White House is at least a Muslim sympathizer or worse yet, an Islamist himself, which is more likely, while will West not get behind this effort? Why will he not look at the evidence? If you ask me, “political aspirations” makes him no more worthy to hold office than the next politician.

America doesn’t need more politicians. We need statesmen who will stand up and do the right thing.