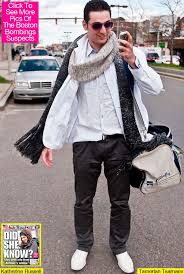 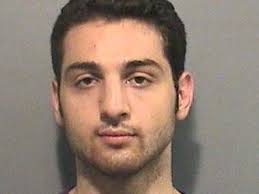 Last week the Boston Herald broke the story that the Boston Marathon bombers were receiving welfare benefits. When he was pressured on this issue Massachusetts Governor–and presidential wannabe and possible Barack Obama Supreme Court nominee–Deval Patrick basically invoked the right to privacy in an attempt to seal the records so the taxpayers of Massachusetts would not find out how much money the two terrorists had received. He claimed he was just as “curious” as everyone else but his hands were tied.

Now we know exactly what the governor was trying to hide because the Boston Herald has learned that the two terrorists and their parents received at least $100,ooo in welfare benefits:

The Tsarnaev family, including the suspected terrorists and their parents, benefited from more than $100,000 in taxpayer-funded assistance — a bonanza ranging from cash and food stamps to Section 8 housing from 2002 to 2012, the Herald has learned.

Sure if this is correct (and I wouldn’t be surprised to learn there is more that hasn’t been released at this point) that only amounts to about $10,000 a year, but that is not a bad haul at all considering the fact the FBI was investigating Tamerlan Tsarnaev for ties to terrorist groups at one point and considering the CIA had concerns as well and Russia was warning the United States about these two brothers, yet no red flags were raised. And let us not forget that none of the family members were even citizens of the United States until Dzhokhar gained citizenship last year, on the anniversary of September 11th nonetheless.

But this is only the tip of the iceberg because one of the only Republicans in the Massachusetts State legislature, Shaunna O’Connell, has been fighting desperately for welfare reform in the cradle of liberty for quite some time but has been unable to gain support with the Democrat controlled government of Massachusetts. 20,000 EBT cards are reported as lost every single month in the state and yet the cards are reissued without question and nobody in the state seems to know where these cards are going or who is receiving the money. Welfare fraud in the state is rampant with an estimated $25 million in waste. You can hear more hear on this issue here.

When Deval Patrick was asked about $25 million in wasted welfare monies  he claimed the system itself was  sound although there was some “leakage.” We now know that at least $100,ooo of this “leakage” went to terrorists who were plotting against, and carried out, an attack on American soil and at this point one has to wonder who else has received this money and what they are planning to do with it.

Yet the federal government is focused on immigration reform which would make it easier for people like the Tsarnaev brothers to become citizens and gun control on law abiding citizens while the mainstream media is focused on a gay NBA player. You have to have priorities I guess…..