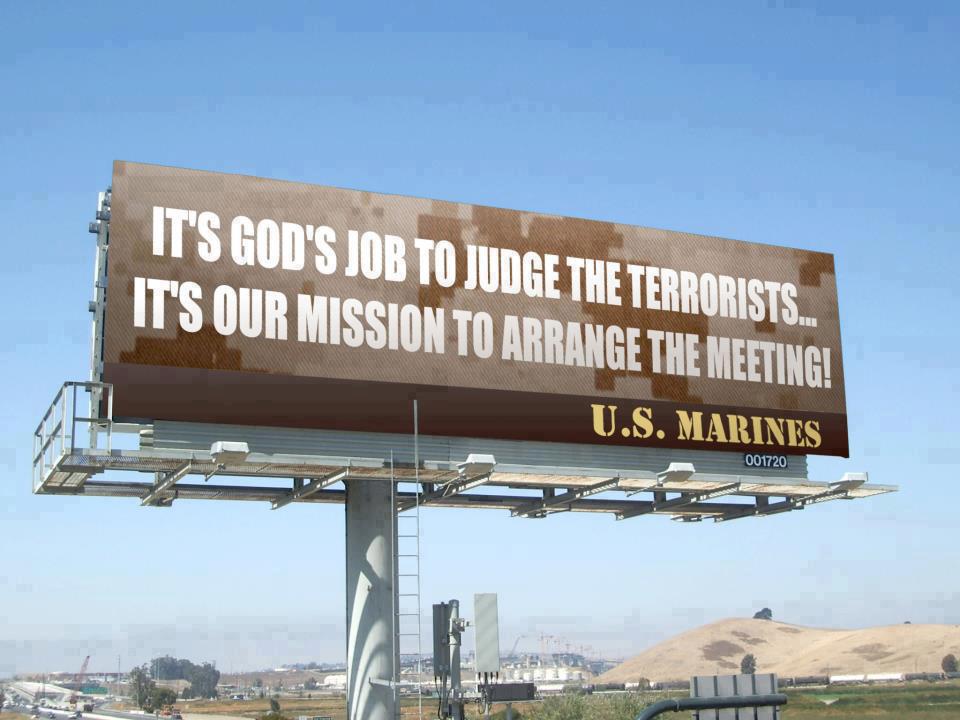 Washington D.C. is overrun by spineless pansies. I have a more colorful description but I will refrain. Everything that is going on with Muslim Terrorists can be blamed on a lack of leadership. The issue is not being addressed. Our answer to the question was bigger government and that doesn’t work. This is a policy issue, not a manpower issue.  Rather than send a strong and clear message to these Islamic Radicals we give them our lunch money. Isn’t that what this reminds you of?

Oh no Mr. Morsi, I can’t blame you for trying to eliminate Coptic Christians in your country. I can’t blame your country for sentencing people to death for making a movie that speaks against Mohammed. Free speech is overrated. Here are some tanks and jets. I’ll get you some cash when I can.

Again, do you ever get the feeling that you are watching an after school special about bullies? Little Barry wants so bad for the bullies to accept him. He thinks that by giving away his lunch money, every day, he will gain their respect. He doesn’t seem to understand that the only way he will gain respect from bullies is to punch them in the mouth. Little Barry is obviously suffering from the lack of a strong Father figure in his life and it shows.

Muslimpopulation.com estimated that in 2011 there were 1.97 billion Muslims on planet Earth. That represented almost 29% of the world population by their estimates.

According to a Pew Research Study, in 2011 there were 2.75 million Muslims in America, and get this… 5% of those Muslims expressed a “favorable” view of Al Qaeda. That’s almost 140,000 American Muslims who can not be trusted, and these are only those who freely admitted an affinity for Al Qaeda. There are likely more. If I were a Muslim who supported Al Qaeda, and lived in America, I would not answer that question truthfully. Would you? To put 5% in perspective… Do you think that 5% of American Christians would give a favorable opinion of Fred Phelps? I surely hope not.

I would propose that having a favorable view of Al Qaeda qualifies one as an “extremist.” I have seen articles, based on this poll, boasting that ONLY 5% support Al Qaeda. They try to make that seem like an acceptable number. I consider 5% to be extremely frightening, to say the least. In a Mosque with a congregation of 100, that is 5 Al Qaeda sympathizers. Tell me that is insignificant. I dare you.

I have heard that somewhere between 6% and 10% of the world Muslim population is “extremist” and I am here to tell you that this is all a dangerous political spin put out by a government who is playing a dangerous game. If 5% of American Muslims look at Al Qaeda favorably then how many outside of this country would answer “favorable” on the same question?

Here is some research from worldpublicopinion.org that might give you an idea. These extremist views are not as much in the minority as we are led to believe:

After you look at those numbers do you really believe the 6%  to 10% “Extremist Muslim” estimate? I will use the 10% number. Personally I believe the number is closer to 40%, but we will go with 10% to illustrate a point. Remember that we are not talking about U.S. Muslims. We are talking about Muslims around the world.  Anyway,   based on the 10% number and a population of 1.97 billion Muslims (in 2011) that leaves us with 197 million “Extremist Muslims” on planet Earth. These are the jihadist types who chant “Death to America.”

How significant is that number?

So we have an army of Jihadists that is over 20 times the size of North Korea’s military and still people don’t think there is a problem? Again, this is using a 10% estimate. What is my 40% number is closer to correct?

The problem I see is that we have a current administration that wants to make peace with Muslim nations and they think that these nations will someday love us. That’s not going to happen. Ever.

There is a video called Obsession – Radical Islam’s War Against the West that was released in 2005, but it is just as valid today as it was then. Every American needs to watch this.  Watch this video and look at the history. Our leaders are dealing with these Muslim Extremist Punks in the same manner that Neville Chamberlain dealt with Hitler, and we know what happened there. In case you don’t know the story… Neville Chamberlain bent over backward to try to cater to the Nazi leader and Hitler did what he wanted anyway. Neville was very much acting like that frightened little school boy who was giving the bully his lunch money. History has a funny way of repeating itself. Here’s the video:

If you skipped right past this movie and decided you didn’t have time to watch it, let me tell you what Glenn Beck said about “Obsession” because it might change your mind:

“I believe this is the most important movie of our lifetime.  I was born in 1964.  I can’t tell you of a movie that I think is more important.” -Glenn Beck

Even if you have to watch the movie at a later time, you should by all means watch it. I would personally say it is one of the two most important movies that every freedom loving American should watch, along with Agenda: Grinding America Down.

If you have the guts to open your eyes and see what is going on then you will understand the title of this article. My personal opinion is that if these people are so willing to die for Allah, we should help them meet their maker.

That may sound crude but it’s either them or us. That’s a fact. This is the real world and not the world you see painted on CNN and MSNBC. If you are not a Muslim, then the Jihadists want to kill you. They will stop at nothing because this is their Holy War. We need leaders with some balls to say what needs to be said:

If you are so eager to die for Allah then let me help you out with that.

Everything comes back to the 2nd Amendment in this country. Under no circumstances can we let the 2nd Amendment fall. If we don’t keep our rifles behind “every blade of grass” then who will stop these idiots from running rampant across our homeland? The government? Yeah, the same government that his been infiltrated by The Muslim Brotherhood? That’s funny.

Wake up America. If people don’t start paying attention then it will soon be too late. Put that movie in front of everyone you know.

To order copies of Obsession to watch on your Big Screen go to http://www.obsessionthemovie.com/  I will gladly bring the popcorn. 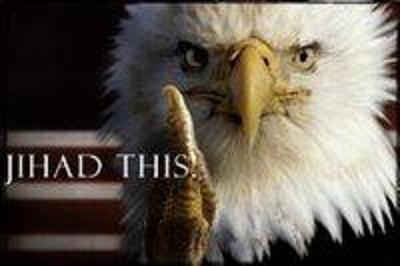