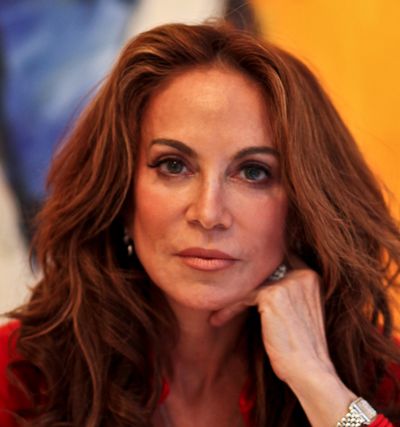 Mary Janda is a middle school teacher at the Concrete Middle School in the small town of Concrete in Skagit County, Wash. One of her former students said about her: “I’ve never met another teacher who put so much effort into our education. She put in mile after extra mile.” But on Oct. 29, 2012, she held a class on bullying that ironically has made her a target of the thugs at the local chapter of the Hamas-tied Council on American-Islamic Relations (CAIR), who have been bullying her ever since.

We see this pattern repeated in small towns and cities across America. Hamas-CAIR, armed with millions of dollars from Islamic supremacist countries, is waging its own stealth jihad in our schools, workplaces and political arenas. They have enormous funds to harass, intimidate and bully small, ill-equipped organizations and individuals who have the audacity to tell the truth about jihad violence and Islamic supremacism. Mary Janda is just one of many.

The Muslim persecution of Mary Janda began with a discussion of bullying in her classroom. A Hamas-CAIR press release claimed that Janda “compared Muslims to Nazis during a class lesson on bullying. The teacher allegedly stated that ‘just like Hitler,’ Muslims train their children from birth to give their lives to Allah and are raised to be martyrs. She also allegedly stated that Muslim children are raised and taught to ‘kill innocents.’”

The real story is that Janda was talking about Hamas and the Taliban, not all Muslims. A student said during the class: “My father is a Muslim and these statements are not true.” Janda recounts what happened next: “I explained to her that I was not talking about Arabs and Muslims in general, but groups that chose to impose their will by training people to intimidate and kill other people. This discussion was not about religious beliefs. It is related to a state mandate that public schools teach students about bullying and not allow it.”

The student’s father brushed aside this explanation and went to the bullies of Hamas-CAIR, who asked for an investigation of the incident and demanded that the Concrete School District “ensure that absolutely no retaliation occurs against the father, student, or any other parents” – while publishing the student’s photo and the father’s name on its website, even as it asked the media to protect the anonymity of the father and the student.

Hamas-CAIR also demanded that the school district “clarify which textbooks and texts are used in the district,” so that they could make sure that books including their propaganda be used; “clarify the religious accommodation policies of the district”; and “institute CAIR-WA’s diversity training for all employees of Concrete School District” – among other demands.

The Concrete School District did investigate and found out that Janda had done nothing wrong. But true to form, Hamas-CAIR was not satisfied. Crying racism, the CAIR thugs even demanded that the Justice Department intervene.

Eric Archuletta, the chairman of the Mary Janda Support Committee, pointed out to me that CAIR-Washington kept its account of this incident on its website even after Janda was cleared by the school district and “even after they were told about making false accusations at their community forum meeting on March 24, 2013.” Archuletta continued:”My committee and I feel that this is one of two things: either CAIR is totally incompetent, or this is a message they are trying to send to their supporters that this incident is indeed a factual event. We all agree it is the latter. Either way it is unacceptable.”

It is most assuredly deliberate. This is what they do: defame, smear and libel anyone who gets in the way of their sinister agenda.

The Mary Janda Support Committee, explains Archuletta, is “a small grass-roots committee that formed to support and protect Ms. Janda and our community from CAIR’s smear campaign and to inform our community about Political Islam and who CAIR reality is. Mary Janda has the Thomas More Law Center representing her (pro bono) in this matter.”

Archuletta says: “The mainstream media at large have not touched this story.” That was predictable: They’re too busy carrying water for Islamic supremacist oppressors. According to Archuletta, “Our Seattle TV news Q13 did a horribly skewed job on the story in February. We need to sustain the focus on this injustice that is being done to this good teacher’s reputation and keep CAIR out of our schools and community.”

But in the meantime, Obama’s compromised, pro-Shariah Justice Department might very well act against Mary Janda. That may further embolden Hamas-CAIR to press its list of demands on the Concrete School District, making sure that all teachers attend its propaganda sessions.

Archuletta and his group are trying to keep that from happening. Concrete, Wash., is a rural community of only 700 people, but in this fight against the Hamas-CAIR bullies, they’re a model for all defenders of freedom.

This article originally appeared at WND.com. Pamela Geller is the founder, editor and publisher of Atlas Shrugs.com and President of the American Freedom Defense Initiative (AFDI) and Stop Islamization of America (SIOA).