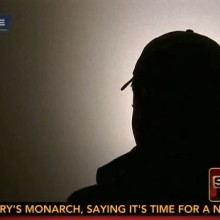 On April 30 I told you about reports have come out that the Obama administration is now threatening the whistleblowers who have been talking to Congress about the Benghazi attacks. In that report, I covered how at least one of the State Department whistleblower’s attorney stated that her client had already been intimidated by unnamed Obama administration officials. The Fox News report video provided in that article featured a whistleblower, who not only said that special forces could have responded to the attacks in Benghazi on September 11, 2012, but also said that the United States knows exactly who perpetrated last year’s assault, but the Obama administration won’t act because they “don’t want to upset anybody.”

The whistleblower is described as a “special ops member who watched as the deadly attack on the U.S. Consulate in Benghazi unfolded.” After telling Fox News that the U.S. has identified the mastermind of the Benghazi attack who is still in Libya and walks free, he told Fox News’ Adam Housley “We basically don’t want to upset anybody. And the problem is, if Ambassador Stevens’ family knew that we were sitting on information about the people who killed their son, their brother, and we could look them as a government in the face, then we’re messing up. We’re messing up.”

The whistleblower actually watched the Benghazi event unfold in real time, according to Housley, and he also debriefed those who were part of the response. He then stated, “We have all the capability, all the training, all the capacity to kill and capture that only terrorist involved with the specific events of 9/11 and Ambassador Stevens’ death, but terrorists who are feeding other regions, including Europe that eventually could affect our national security in the short-term. We’re not talking midterm or long term. This is a short-term.”

“I know for a fact that C-110, the EUCOM CIF, was doing a training exercise in … not in the region of North Africa, but in Europe,” the operator told Fox News’ Adam Housley. “And they had the ability to act and to respond.”

He then went on to explain the area and what has been transpiring.

“The second highest population of foreign fighters in the war in Iraq came from Benghazi, second to Saudi Arabia,” the unidentified male told Housley. “So, we’re talking about historic location and region that has fed foreign fighters to kill Americans and kill other coalition forces the analysts, the intelligence experts that I work with all say the same thing that if we just ignore the situation as it presents itself, eventually, another invasion will have to take place for us to eventually turn the tide.”

Housley told his audience that the whistleblower says, “the region also remains a weapons hub. After the overthrow of former leader, Moammar Gadhafi in 2011, which saw massive stockpiles of weapons in Libya move freely across the Mediterranean and in many cases in the Syria.”

There are an estimated 20,000 shoulder launched missiles that need to be found and recovered, but so far many Americans working the area have not been given authority to take or destroy the missiles by those in their chain of command.

The unidentified whistleblower said, “I have come across SE 7′s in the hands of friendly forces, meaning, you know, surrogate military, or police forces that wanted to be handed over, and I was unable it to do that because there was no program in place. No government organizations were interested. no special operations organizations were interested.”

He then concluded with this chilling statement, “It was frustrating not only for myself before the men and the guys that I work with. We always talk amongst each other and discuss that, you know, it’s probably going to take a 747, a 757 to get shot down in Tripoli for somebody to pay attention to that, which is unfortunate.”

More and more it seems Barack Obama is clueless in how to govern, lead, and defend the United States. He bows to foreign national leaders, apologizes to the world and then is too limp-wristed to even deal with those who have murdered American citizens, including an ambassador, because he just doesn’t want to upset anybody. He’s overstayed his welcome and though I believe there is more than enough evidence to begin proceedings to deal with simply removing him based on his birth certificate forgery or even the fact that his father was not a US citizen and thus makes him ineligible for the office of President, if what the whistleblower says is true, perhaps Congress should be looking at the 25th Amendment, Section 4 and state openly that Obama is incapable of performing his duties as President. Of course that leaves us with “Shotgun” Biden, but I’m pretty sure that he was at least born here to two parents who were citizens, even if he is a liberal.