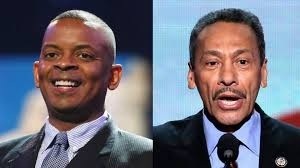 This week we learn that POTUS is tapping two black politicians from North Carolina to go run the machine in D.C. One of them was Anthony Foxx, Mayor of Charlotte, who will be running the Federal Department of Transportation. That could be amusing when you consider the nonsensical Trolley Car (streetcar) controversy in Charlotte. One of those cute bauble projects that was rejected by City Council (I believe), but wouldn’t die because the Mayor and the leftists think a Trolley Car is the answer to transportation issues in the “uptown” area of Charlotte. Trolley Cars and bicycles…those are the new modes of transportation for “uptown” Charlotte, along with light rail, of course. However, there seems to be some ongoing competing theory regarding Trolley Car vs. light rail and financing of one over the other. I’ve seen one of those inner city Trolley Cars in Greenville, South Carolina, running around the streets mostly empty all day long. And the ones in San Francisco that ferry tourists all over the city for the quaint experience factor. Mayor Foxx was all in for the light rail, too, so you can bet the Federal Department of Transportation will be writing checks for these projects in Charlotte ASAP now that the POTUS’ favored Mayor will be the arbiter of transportation dollars. You can look forward to watching the “blue” Democrat cities suck up transportation money faster than a growing teenage boy can suck up a chocolate milkshake. And, gee, I suppose this appointment has nothing to do with Mayor Foxx hosting the Democrat Convention last year in Charlotte. Nah…nothing to see there. Quid pro quo is just fiction, right?

Back in 2010 I posted a story on Congressman Mel Watt and his gerrymandered district. You can read that here. Now POTUS has named Mel Watt the new head of Fannie MAE and Freddie MAC. In that article I cited Mel Watt’s campaign contributors:

Watt’s largest contributors included American Express (NYSE: AXP), Wachovia, Bank of America and the American Bankers Association. Altogether the financial industry donated over $217,109 to Watt, which was over 35 percent of the overall contributions he received.

Here is a more recent run down on campaign contributions for Mel Watt’s political career:

Since he entered Congress in 1992, Watt has received $1.33 million in campaign contributions from the finance, real estate and insurance industries, according to the Center for Responsive Politics, a nonprofit research group that tracks money in politics.

That’s almost a quarter of the total $5.47 million in total contributions he’s received through his career.

Watt’s biggest donors were commercial banks, with the finance and securities industries following at number five, according to CRP. During the last election cycle, the political action committees of Goldman Sachs, Bank of America and Wells Fargo each gave Watt’s campaign $10,000. Bank of America and Goldman each gave an additional $5,000 to Watt’s leadership PAC.

The fact that Mel Watt has been a Chairman of the Black Caucus in the House should tell you all you need to know, since that group is made up completely of black Socialists. Can you say “Redistribution of wealth?”

(Note: I will also say that my Republican Congressman, Patrick McHenry, receives lots of banking money and also sits on the Finance Committee in the House of Representatives. The campaign contribution game is for high rollers and when it comes to D.C. the stakes are high.)

I could remark on the relief aspect of getting these two POTUS sycophants out of the Charlotte area, but I can’t say it is any relief at all since I know Charlotte is stuck with the Blue Dems for the long haul. Watt’s district is gerrymandered for black democrats, and Charlotte, from all I can tell, is going down the Blue Democrat road like Detroit and Atlanta. So sending these guys off to D.C. doesn’t solve the big issue of concern which is out of control, unconstitutional, government spending.

Every dictator has his collaborators. These are just two of the newest names on the current POTUS list. Watt. Foxx. Now you know a little more about them.