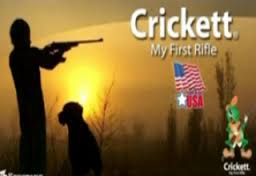 This afternoon I had the brain numbing misfortune of reading an L.A. Times article by a Mr. David Horsey. It was one of those headlines I simply could not ignore. I understand that at times many writers, including myself, venture into the realm of the absurd to prove a point. But this was over the line. How can you exploit the death of a 2-year-old girl to take potshots at the NRA and gun owners?

The headline from the L.A. Times reads “Exercising 2nd Amendment rights, Kentucky 5-year-old kills sister.” The article has very little merit and in a classless act makes fun at the expense of a two-year old child who was shot and killed by her five-year-old brother. Rather than tackle the real issue of questionable parenting decisions, David Horsey decided to make this a 2nd Amendment issue. Here are some excerpts from his article:

“This week, a 5-year-old Kentucky boy was playing with the mini-rifle he had gotten as a gift and ended up shooting and killing his 2-year-old sister. Apparently, even kindergartners have a right to keep and bear arms that shall not be infringed.

I suppose someone will suggest that giving guns to children under 3 feet tall should be outlawed, but such a law would certainly be opposed by the National Rifle Assn. as the first step down a slippery slope toward confiscating all guns and enslaving America. Maybe a better idea would be to fine anyone idiotic enough to put a gun in the hands of a tiny child. Possible? Naw, the NRA would kill that idea too. The gun lobby depends on a legion of idiots.

But, hey, here’s an idea the NRA could support: Arm 2-year-olds so they can defend themselves. A toddler militia — what could be more American?”

Mr. Horsey you know nothing about the 2nd Amendment or responsible gun ownership it would seem. I was given my first gun on my 10th Birthday and it was nothing like the gun you mention, which I agree is a horrible idea for a 5-year-old child. I was given a Daisy BB Gun that had a max range of about 20 feet. I don’t honestly think it had enough power to break skin. I’d fire it at a cardboard box and the BB’s would literally bounce off.

My Father taught me the responsibility of gun ownership. I am part of the “legion of idiots” which you speak of and a proud supporter of the 2nd Amendment, which has nothing to do with arming 5-year-old kids with lethal weapons.

Why can’t you state the real issue Mr. Horsey? Companies are making dangerous guns and marketing them to children and the variable in that equation is responsible parenting. If there is a parenting breakdown then this combination is very dangerous and potentially lethal. I would never buy a young child a .22 rifle and most parents would not. I would also not leave any weapon with a bullet in the chamber left lying in a corner of the house. If a parent does decide to buy a .22 rifle for a 5-year-old child then my hope is that they would be responsible role models and teach the values and responsibilities of gun ownership. My personal opinion is that most 5-year-olds are not  ready for that lesson but that is just my opinion.

I suspect that we actually agree on some of these issues but this case has nothing to do with the 2nd Amendment. So why can’t you state what the problem is really about? Maybe it’s because liberals don’t like to talk about family values and responsible parenting. Maybe it’s because the liberal agenda depends on broken homes and single parents who are lining up to accept handouts. I can throw general insults too Mr. Horsey. We could potentially agree on this topic and discuss it as adults if you would highlight the real issues.

The 2nd Amendment has nothing to do with the bad decisions of parenting that may result in a horrible tragedy like this one and you know it. If this is what we can expect from the liberal media establishment of the west coast and specifically the L.A. Times then I would think that you sir are part of the problem and not part of the solution.

This poor child has likely not even been laid to rest yet and you launch this kind of idiocy? By the way, the little girl had a name. Her name was Caroline Sparks and she was someone’s little angel. As a man with 3 beautiful daughters and twin girls on the way I can only imagine the horror of the parents at this time.

One again we see a liberal theorist using children to try to advance and agenda. This time however you weren’t showing pictures and gathering them around your “King” to pull at our heartstrings. Mr. Horsey, no one wants to see your ass.

For the record, I attempted to visit crickett.com (the makers of “My First Rifle”) because I wanted to see if they had age guidelines in place. The site is down for some reason. I don’t know if they have taken the site down intentionally or if there is another issue. I do know that the real issue, in my mind, is parenting decisions and a company that is marketing potentially lethal weapons to children. At the same time I am not looking to capitalize on the tragic death of a little two-year-old baby girl to push any agenda. It pains me to say that I agree with part of your logic Mr. Horsey. I am however resentful of the way you presented your arguments.

I would ask for my respected peers from the “legion of idiots” to please send thoughts and prayers to the family of Caroline Sparks.