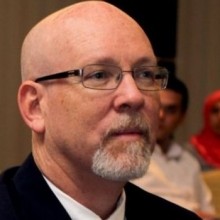 During today’s testimony before the House Oversight Committee hearing on Benghazi, whistleblower Gregory Hicks testified that the YouTube video, that was referred to by the Obama administration and peddled on five Sunday shows by United Nations Ambassador Susan Rice, had absolutely nothing to do with the attacks on the diplomatic mission in Benghazi, Libya.

When asked whether or not the video sparked a protest in Benghazi, Libya that led to the attack, Hicks said, “The YouTube event was a non event in Libya.”

Of course we know that all of those in the Obama administration played along with the talking points of the YouTube story, even though there wasn’t a shred of evidence to that effect, as Townhall’s Katie Pavlich reminds in a tweet:

“Hillary Clinton stood in front of the flag draped caskets of dead Americans, lied and blamed a YouTube video. No shame. #benghazi“

But here are the big lies about Benghazi from the criminal’s own mouths.

First, Hillary Clinton (Pick up at the Six minute mark):

Not only that, but Clinton’s State Department spent $70 million of taxpayer money, that’s our money, apologizing for the video when it was never the issue and she and the Obama administration knew it!

Hillary Clinton, needs to be arrested immediately for perjury and the rest of the liars need to be rounded up since they have broken the public’s trust over an issue that cost four Americans their lives.