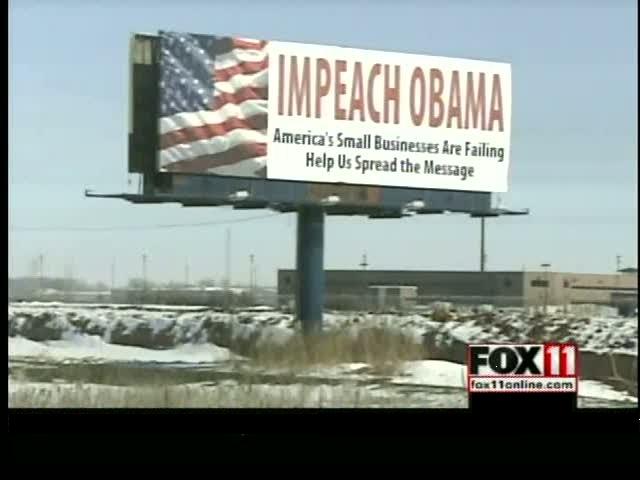 There is a time and place for everything. Do I believe that President Barack Obama should be impeached? Yes. Do I believe it should happen now. Not if we want to actually see him removed from office.

Americans need to understand the best strategy for impeachment and it has nothing to do with justice being served soon. Barack Obama does not want to be impeached, but if he knew that he was going to be impeached, he would rather have it happen now than in 2015. It’s simple mathematics.

January 3, 2015 is a crucial date for freedom-loving Americans. This is the day that the next new crop of U.S. Senators will start their terms. This also happens to be the first chance we truly have with impeachment proceedings that are not doomed to certain failure. I want to break down the process so that people understand it and show you why we can not proceed in 2013. The truth is that in 2013 Obama could quite possibly be “impeached” but he would never be convicted and removed from office. These are two totally separate things and please allow me to explain.

The House of Representatives must first pass “articles of impeachment” with a simple majority vote and with a Republican led House I can see no reason why they could not get that done later this year…if they feel that they have enough evidence. With the Benghazi terrorist attack back in the spotlight I think that most conservatives are at least open to the idea that the evidence may be there. Those of us who have researched it extensively might even have strong opinions that the evidence is definitely already there. So could Obama be “impeached?” Without a doubt in my mind I will tell you 100% that it could happen by the end of this year.

If it does happen you better put on your critical thinking cap, because if the House impeaches Obama soon it is very likely a set up to appease the public. What do I mean?

“Impeachment” is not guilt. An impeachment is like an indictment. Once the House impeaches the President they send the matter to the Senate. Ding, ding, ding…we have a winner.  Do you see where I am going with this?

The Senate then tries the accused and must convict with a two-thirds majority. OK, so let’s do the math. Officially the Democratic majority currently sits at 53-45. The two independents tend to vote lefty on most issues so most political analysts agree that the majority is really 55-45. I prefer to add the RINO (Republican in Name Only) factor into the equation and throw John McCain and Lindsey Graham on the the Democratic side which makes my total 57-43. So here is the question… If we need 67 votes (two-thirds majority) to convict Obama of whatever crimes we accuse him of, do we have a chance? Not likely. You would have to have a piece of evidence so devastating to the psyche of the liberal followers that they would demand their Senators vote to convict. I don’t know what kind of evidence that would be but I would suspect it would have to be something much more substantial than the “he said – she said” stuff we are currently sifting through. Even if all Republicans vote to convict (including Mcain and Graham) you would still have to find 22 more votes and that is not likely to happen.

So if the House charges forward with this I don’t want you to see it as heroic because it is not. The truth is that if House Republicans charge forward now, it is a simply suicide mission and stinks of a set up. They know it. They also think the American people aren’t smart enough to see through it, but we are.

Check out this Young Turks video. It dances around the same point that I am trying to make. Now is not necessarily the time. The impeachment talk starts around the 2:16 mark:

We will see how serious they are about removing Obama through impeachment by the time table of future developments. If House leaders seem eager to push this through quickly then they have absolutely no realistic expectation of success. If they will proceed slowly they do have a chance. None of us want to hear that but it’s true.

The American people have a better chance of removing Obama through armed revolt than the legislature does through impeachment, at least in 2013 and 2014. It’s a fact.

2015 is a different story and I know that no one, including myself, wants to hear that. We have waited too long already and things aren’t getting better. I understand that. I also understand that, if we are counting on the system to get it done for us then, we have no chance before 2014 elections.

Here is a breakdown of open Senate seats for 2014:

How you look at the above numbers depends very much on your level of optimism. We have seen numbers like these before. It looks like the Republicans have a chance to make some progress but it’s an old story that has been beaten into the ground.

With that said, if you truly want to impeach and remove the President from his office, and you want a realistic outlook of what it will take, then you had better be focusing on 2014 elections and marking January 3, 2015 on your calender.

It has almost zero chance of happening before then.

I would like to tell you that we live in a country where justice is served but we are all smarter than that. If impeachment is to happen then party lines will be drawn and very few people in the Senate will be doing any independent thinking.

This is the reality of our American system.

I want you to watch what House Republicans do because if they try to impeach then they will know they can’t win in the Senate. If they do it anyway, and do not look ahead to 2015, then they will not have the country’s best interest at heart. It will nothing more than a political move.

It’s your decision. We can get tough and rally for 2014 elections or we can pursue other alternatives. Calling for impeachment of Obama in 2013 is worthless.

Be careful what you wish for.