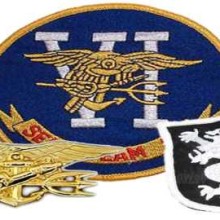 Today families of Navy SEAL Team 6 are to reveal the Federal Government’s culpability in the death of their sons in a fatal helicopter crash in Afghanistan, following their raid on Osama bin Laden’s house. We have added the video of the press conference below.

According to their press release:

(Washington, D.C.). Three families of Navy SEAL Team 6 special forces servicemen, along with one family of an Army National Guardsman, will appear at a press conference on May 9, 2013, to disclose never before revealed information about how and why their sons along with 26 others died in a fatal helicopter crash in Afghanistan on August 6, 2011, just a few months after the successful raid on the compound of Osama Bin Laden that resulted in the master terrorist’s death.

Accompanying the families of these dead Navy SEAL Team 6 special operations servicemen will be retired military experts verifying their accounts of how and why the government is as much responsible for the deaths of their sons as is the Taliban.

The areas of inquiry at the press conference will include but not be limited to:

1.      How President Obama and Vice President Biden, having disclosed on May 4, 2011, that Navy Seal Team 6 carried out the successful raid on Bin Laden’s compound resulting in the master terrorist’s death, put a retaliatory target on the backs of the fallen heroes.

2.      How and why high-level military officials sent these Navy SEAL Team 6 heroes into battle without special operations aviation and proper air support.

3.      How and why the military brass carries out too many ill-prepared missions to boost their standing with top-level military brass and the Commander-in-Chief in order that they can be promoted.

4.      How the military restricts special operations servicemen and others from engaging in timely return fire when fired upon by the Taliban and other terrorist groups and interests, thus jeopardizing the servicemen’s lives.

5.      How and why the denial of requested pre-assault fire may have contributed to the shoot down of the Navy SEAL Team 6 helicopter and the death of these special operations servicemen.

6.      How Afghani forces accompanying the Navy SEAL Team 6 servicemen on the helicopter were not properly vetted and how they possibly disclosed classified information to the Taliban about the mission, resulting in the shoot down of the helicopter.

7.      How military brass, while prohibiting any mention of a Judeo-Christian God, invited a Muslim cleric to the funeral for the fallen Navy SEAL Team 6 heroes who disparaged in Arabic the memory of these servicemen by damning them as infidels to Allah. A video of the Muslim cleric’s “prayer” will be shown with a certified translation.

This press conference, combined with the ongoing hearings on Benghazi, will simply add fuel to the fire of calling for the criminals in the Obama administration to be arrested, especially since the Democrats are so big on the “seriousness of the charge” issue. Between Benghazi, the SEALs, Fast and Furious and the outright disregard for the law demonstrated by this administration, perhaps there is hope that representatives in Washington will do the right thing.

According to Jason Howerton, the press conference “has not been highly publicized.”

“This press conference takes on special significance given that our government has over the last twelve years since September 11th committed brave American servicemen to wars in Iraq and Afghanistan that, in large part as a result of politics, were poorly conceived of and implemented, resulting in the deaths of thousands and the maiming of tens of thousands of our brave heroes. To make matters even worse, America has effectively lost these wars,” said Larry Klayman, legal counsel for the families.

Here’s a video reaction of one of the mothers to Obama’s campaign ad, “One Chance,” where he promoted himself, more than he praised the SEAL team.

The article has been updated to include the actual press conference.

Tim Brown is the Editor of Freedom Outpost and a regular contributor the The D.C. Clothesline.