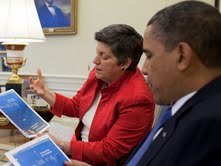 As she walked down the long hallway to his office she was filled with many emotions, apprehension, doubt, anxiety, but chief amongst her emotions was fear, fear that he would not find her plan suitable. The closer she got the more she knew it was their only option, but she also knew that the day in question was just under 2 months away yet.  Would they be able to hang on that long, those people on the other side of the City were asking questions about the only thing that could bring them down, questions that they had lied to prevent being asked, questions that could possibly end it all?

As she paused before entering she glanced at the young man standing outside the office, his close cropped hair, the impeccable uniform, she wondered would he be one who would not do as told, or would he just do as his boss ordered?

He was sitting behind the large desk, she chuckled to herself, Men, they always put themselves behind these huge desks, and didn’t they realize it diminished their presence?? If she were in charge, well that wasn’t the case, and she was brought back to the task at hand when he said “Janet, what the hell are we going to do?”

Janet took a deep breath and said “well Sir, I have an interesting option for you to consider.” And she proceeded to layout he idea.

As he  listened he couldn’t help but wonder to himself, were they really this brazen, this all fire sure of themselves, did they truly doubt that He would have the balls to do something like that which she was proposing?? He let her finish, he spoke barely a word or two while she explained.

Finally he spoke, first he asked “ Do you think they will seriously attempt this?” and second “do you have 6 people who can be trusted” She answered both questions with one word “yes”.

Barack knew he was running out of options, the heat from Benghazi would not ease, factions in the Country were calling for his ouster, He couldn’t get a gun control bill passed, and the option before him was sounding better by the moment.

He looked her in the eye and said, “OK make it happen, when they come to DC with their loaded arms let’s make sure we have our people in their group and that they make sure that this march is anything but peaceful.” The Military will return fire as no one will blame them for defending themselves, The people of this Nation will look at this and say what choice did they have, they were attacked! I can declare martial law, round up all the guns and lock up the major forces that oppose me. Yes Barack was beginning to really like this plan!!  Now if they can hang on until July 4th!!