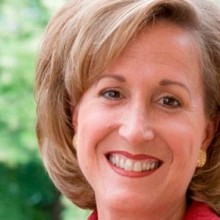 Congresswoman and former United States Ambassador to Luxembourg Ann Wagner (R-MO) appeared on The Dana Loesch show and placed the blame, of the stand down order to those that could have offered assistance to Americans under attack, on none other than Barack Obama.

Loesch asked Wagner, “Because you have been an ambassador, you have been overseas with similar responsibilities and similar missions – who gives such an order to stand down? Where does that come from?”

“The President of the United States,” the Missouri congresswoman affirmed.

As top diplomat in Libya Gregory Hicks testified to on Wednesday before the House Oversight Committee, “The Libyans that I talked to, and the Libyans and other Americans who were involved in the war have told me also, that Libyan revolutionaries were very cognizant of the impact that American and NATO airpower had with respect to their victory.”

“They are under no illusions that American and NATO airpower won that war for them,” Hicks continued. “And so, in my personal opinion, a fast mover flying over Benghazi at some point, you know, as soon as possible might very well have prevented some of the bad things that happened that night.”

He went on to add, “if we had been able to scramble a fighter or aircraft or two over Benghazi as quickly as possible after the attack commenced” — around 9:30 that night — “I believe there would not have been a mortar attack on the annex in the morning because I believe the Libyans would have split. They would have been scared to death that we would have gotten a laser on them and killed them.”

Representative Jason Chaffetz (R-UT), a member of the committee also said that “military personnel were ready willing and able, and within proximity, but the Pentagon told them they had no authority and to stand down.”

I wrote back at the end of October of the reports coming out that there were calls for “military support and help because they were taking fire at the CIA safe house, or annex. The request was denied. There were no communications problems at the annex, according those present at the compound. The team was in constant radio contact with their headquarters. In fact, at least one member of the team was on the roof of the annex manning a heavy machine gun when mortars were fired at the CIA compound. The security officer had a laser on the target that was firing and repeatedly requested back-up support from a Spectre gunship, which is commonly used by U.S. Special Operations forces to provide support to Special Operations teams on the ground involved in intense firefights.”

We know from testimony this week that Defense Secretary Leon Panetta’s statement that “The U.S. military did not get involved during the attack on the U.S. mission in Benghazi, Libya, last month because officials did not have enough information about what was going on before the attack was over” was not true. They did know. They knew in real time. There was no way they would not have known, but Panetta testified that Obama was simply absent on the night of the Benghazi attacks. In fact, the White House received several emails indicating what was going on and yet Obama would not authorize any help.

While Chris Stevens was appointed as a diplomat to Libya in 2007 under President George W. Bush, he was named ambassador under Barack Obama. Now stop and think about that for a moment. If Obama will just let one of his appointees, a U.S. ambassador, die at the hands of Islamists, how much do you think he cares about American citizens? I’m guessing not too much.

Over and over, this comes back to one person, Barack Hussein Obama. He is the one that over and over in his first days in office had to beat the drum that he was the “Commander-in-chief” and don’t you people forget it! Well, I say Mr. Obama needs to own up to his dereliction of duty, which resulted in the deaths of four Americans.