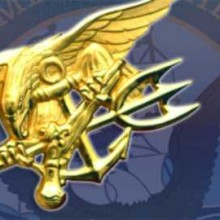 On Thursday morning, the families of fallen Navy SEAL Team 6 Special Forces members, spoke at a press conference where they accused the U.S. government of complicity in the deaths of their sons. Among the number of grievances they noted, was the fact that the military invited a Muslim cleric to the funeral of their sons in 2011, who they claim “disparaged in Arabic the memory of these servicemen.”

According to Larry Klayman, the attorney representing the families, who consulted a certified translator, paraphrased the words of the imam’s words as “That the fallen seals should be damned and go to hell as infidels.”

Well that is certainly a part of the Qur’an’s teachings for sure. According to the Qur’an, Surah 59:19-21:

And be ye not like those who forgot Allah; and He made them forget their own souls! Such are the rebellious transgressors!  (Koran 59:19)

Had we sent down this Qur’an on a mountain, verily, thou wouldst have seen it humble itself and cleave asunder for fear of Allah. Such are the similitudes which we propound to men that they may reflect.   (Koran 59:21)

“Amen I shelter in Allah from the devil who has been cast with stones. In the name of Allah the merciful giver. The companions of the fire are not equal with the companions of heaven. The companions of heaven are the winners. Had we sent this Koran to a mountain, you would have seen the mountain prostrated in fear of Allah. Such examples are what we present to the people; to the people, so that they would think. Blessings are to your God, the God of glory of what they describe. And peace be upon the messengers and thanks be to Allah the lord of both universes.”

Klayman indicated that the prayer was “the straw that broke the camel’s back.” He believes the prayer was intentionally meant to be a slap in the face of the soldier’s families and America.

“My personal reaction was that this was a Muslim cleric who was laughing internally at the Christians and any Jews that might have been there — he pulled a fast one, because no one could understand what he was saying,” Klayman said. “That was my personal impression.”

Klayman, who said that the video was brought to his attention by one of the family members of the fallen SEALs, said that he found it odd that at a Judeo-Christian funeral for American servicemen would include a Muslim cleric.

“All these families have left is the memory of their sons and his memory now has been trashed and desecrated by the Muslim — and the very fact that this Muslim was even allowed to go to the funeral is another example of Obama’s so-called Muslim outreach,” he added. “He’s more concerned about placating Muslims than he is our own people.”

The Blaze reports that an Islam expert Stephen Coughlin provided this translation:

“I announce the evil by all-aha. By the name of the merciful all-aha. People of hell and people of heaven are not equal (even, not the same), people of heaven are the winners, if we [unintelligible word] the Koran on the mountain, you will see, you will see him in submission and humble of alla-aha’s fear. Those (who are in submission) are examples for the people (the public) may these people (the public) remember, praise alla-aha. Alla-aha God of glory, of the people behaviors (he is wondering or questioning the people’s behaviors). And peace to the Prophets, thanks to alla-aha, please (asking alla-aha) to forgive him, comfort him and accept him in paradise. [The prayer ends, however this subject was talking to some audience he was telling them I LOVE TO….then the audio ended].”

Coughlin also claimed that the funeral rite delivered to the soldiers was “a standard funeral rite among Muslims.” Again, he told The Blaze,

“Even a standard prayer is actually a little bit offensive because … it comes from a book of the Koran or a chapter of the Koran that’s basically about defeating the infidels. And [in exploring the issue] I basically showed that there were two verses quoted in the funeral rite.

If you back it up one verse, it gives you the greater context of the fact that the people who are not Muslim are condemned to hell, by those prayers and so I basically showed that. So my point isn’t that the imam was deliberately inflammatory — my point was that it’s inflammatory even when they’re not trying to, because it goes to the issue of the fundamental and irreconcilable difference between Islamic orientation and a non-Muslim orientation.”

Billy Vaughn, the father of one of the fallen SEALs, told the Bradlee Dean on the Sons of Liberty Radio on Thursday that his son, Aaron, was a believer in Jesus Christ and so nothing the imam said had any effect on his son. However, he said it was disrespectful and also believes that someone in the government passed along the information about his son’s team of SEALs’ traveling plans, which led to their being shot down and killed on August 6, 2011 in Afghanistan.

Not only is it a tragic loss for America with the deaths of these men, but it is blatantly disrespectful for the U.S. military to have allowed a Muslim cleric to have any say so in the funeral of a fallen soldier. It is nothing more than rubbing salt in an open wound.

For a more detailed account of all that was alleged at the press conference, please read Liz Klimas’ excellent account.