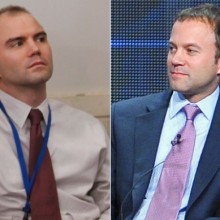 I told you yesterday that CBS’ Sharyl Attkisson has been receiving a lot of pushback from the Obama White House. She has been one of the few that have been pursuing the Benghazi story as a real journalist, seeking to get the truth of the story out. I have speculated that White House deputy national security advisor Ben Rhodes may be the culprit in coming up with the story that would be the attempt to cover-up the Benghazi story, namely that a YouTube video brought about protests which led to the attack in Benghazi, Libya on September 11, 2012. However, now there is a serious question about the ties between the White House and CBS. Sources have confirmed that CBS President David Rhodes is the brother of Ben Rhodes.

The Daily Caller made the connection:

The brother of a top Obama administration official is also the president of CBS News, and the network may be days away from dropping one of its top investigative reporters for covering the administration’s scandals too aggressively. CBS News executives have reportedly expressed frustration with their own reporter, Sharyl Attkisson, who has steadily covered the Obama administration’s handling of the Benghazi terrorist attack in Libya since late last year

Consider that Attkisson can’t even get some of her stories on the air and feels marginalized because of it. According to Politico:

But from where Attkisson is sitting, there are actually two Goliaths, one of which is almost entirely absent from the Post profile. The second Goliath is CBS News, which has grown increasingly frustrated with Attkisson’s Benghazi campaign. CBS News executives see Attkisson wading dangerously close to advocacy on the issue, network sources have told POLITICO. Attkisson can’t get some of her stories on the air, and is thus left feeling marginalized and underutilized. That, in part, is why Attkisson is in talks to leave CBS ahead of contract, as POLITICO reported in April. Farhi mentions “internal conflicts” in the final paragraph, though he seems to dismiss them. The “internal conflicts” are indeed real — Attkisson is still eyeing an exit, according to sources — and provide important context for today’s piece.

Rhodes was the one who seems to have orchestrated the talking points for his colleagues in the Obama administration. “We must make sure that the talking points reflect all agency equities, including those of the State Department, and we don’t want to undermine the FBI investigation. We thus will work through the talking points tomorrow morning at the Deputies Committee meeting.”

This is not necessarily new information, as the New York Times put out a piece back in March about Rhodes, which indicated that David was his brother. However, now that Attkisson is being sidelined and her stories are being buried by CBS, perhaps it’s time we know what really is going on behind the scenes between the CBS propaganda machine and the White House. If Ms. Attkisson happens to read this, we’ll be happy to put out the stories you have that CBS doesn’t want to divulge.