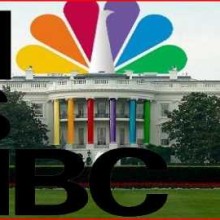 MSNBC has been one of the media lapdogs for the Obama administration. Far from being a news organization, it is a merely a mouth-piece for Socialists and the far Left and they have towed that line consistently. However, now even MSNBC is beginning to wake up on the issue of Benghazi and turn on their faux messiah, Barack Hussein Obama. MSNBC is now claiming that Benghazi was not only a terrible event, but it was a cover-up, that the administration lied, that people didn’t have to die, and (gasp) it may just be worthy of impeachment!

Notice how the comparison of Watergate comes up first thing and notice what is pointed out. “They didn’t kill people. They didn’t try to get their staff killed.”

It gets worse though. Here are some of the quotes that followed:

“They were trying to save face after something terrible had happened and try to prevent, what looks like the accurate perception that they had not been careful enough in Benghazi.”

“They had been sloppy about security and ignored warnings.”

They even say the State Department’s Victoria Nuland claims the leadership is worried about the way this points to Hillary Clinton and her deputies and the way the White House defers to them!

Ha! Well that tells us quite a bit doesn’t it? These people will be ready to throw Hillary under the bus, again. They’ve already done it once in the Benghazi scandal. Why not back the bus up over her again?

They even brought up the issue of Obama “sitting on” Benghazi for political reasons. One commentator said “Sure it becomes a political issue.” Only he didn’t mean just for 2012, but he said for 2014, 2016 and even impeachment.

Yep, we’re way ahead of you by like almost eight months, but hey, we’re glad to have them onboard now.

The moment the female commentator put her two cents worth in, it was all downhill. “I think for Clinton, it’s almost Clintonian,” she said, referring back to Clinton’s involvement in her philanderer husband’s criminal activity when he was president. I simply rolled my eyes at a comment that attempted to be substantive. However, it is clear that she has no love for the truth, but for the Left as she talked about the “Right” hating both Barack Obama and Hillary Clinton.

They also went on to point out that this would be a first line of attack against Hillary should she not be in prison and run for the presidency in 2016.

What’s so disgusting about all of this is how people want to analyze this issue as “political.” My fellow Americans, this is not political. It’s criminal. I don’t know why in the United States we refer to immorality and criminal activity as “political issues.” They are not. Illegal immigration, abortion, homosexuality and yes the murder of four Americans in Benghazi and the subsequent cover-up is not political. It’s criminal.

One thing can be said for the blogging world and for activism. It works. If we are persistent, eventually we get the truth to come out. Now, we simply want justice.