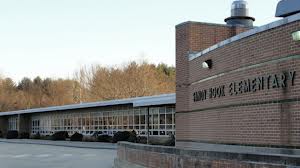 By now most of our readers have probably heard that there is a recommendation to tear down Sandy Hook Elementary and rebuild on the same site. This recommendation was made by a a group of 28 elected Newtown, CT officials late last week. It’s a project that is estimated to cost $57 million. For those of you who missed this story, here is an excerpt from a Fox News report:

“A task force of elected officials on Friday recommended tearing down the Connecticut elementary school where 20 first-graders and six educators were shot dead in December and rebuilding on the site.

The group of 28 Newtown elected officials voted unanimously in favor of a plan that would construct a new building on the property where the existing Sandy Hook Elementary School is located. The proposal now goes to the local school board and ultimately before voters as a referendum.

If all goes well, officials said construction could begin in the spring of next year and the new building could open in January 2016.”

Here is a video from local news. This reporter had original estimates of between $42 million and $47 million. Either way, it’s a lot of money:

I can not blame anyone for wanting to erase the memories of such a horrific event. If I lived in Newtown, CT I might feel the same way as the residents. But there is a time when common sense must over-ride emotion. Where I live $57 million is a huge building project. I doubt there is anything in my town worth $57 million and we happen to have some very large businesses here, including Jack Henry & Associates, which was founded here in Monett, MO.

I can not pretend to understand Connecticut real estate values but I do own a calculator. According to Wikipedia, the population of Newtown, CT in 2011 was 27,829.  If you do the math, this new school will cost each man, woman and child $2048.22 each. If you multiply that by 4 you get $8192.88 for an average family of four.

Again there is no doubt that this is a horrible tragedy and everyone in America would like to forget it. So I can only imagine how the families of Newtown must feel.

But sometimes a little common sense has to enter into an argument and when 28 politicians vote unanimously to spend $8000+ of your family’s money then I would hope that the people of Newtown can put that into proper perspective.

A new building will not bring back the fallen angels that now rest with God. It will not erase the memories of a psychopath who mercilessly took the lives of 26 people at that school.

I am not telling the people of Newtown how to vote on this issue but I would hope that feasibility would come into play if this becomes a voter referendum. Politicians are always willing to spend other people’s money. The people of Newtown must decide if this expenditure is warranted, or if they need to learn to live with the history of what has happened. Because it will not go away.

In a way Adam Lanza, the morally bankrupt psychopath, is attempting to hand the families of Newtown, CT a bill for around $8000 and if that is what happens then, in a way, the terrorist has won.

I know that the community will be hoping for grants to cover the building costs but we must realize that grants don’t appear out of thin air. All of this money will come from taxes on someone, whether it is the people of Newtown, CT or others.

I’m sorry because I know this will sound crass, but I can not see it as a common sense decision to spend $57 million on a new school there. From everything I have read the current structure is adequate and a new building will not bring back the dead nor erase the memory of what happened.

I know how that makes me sound but this is welfare mentality on a municipal level instead of an individual level. This new school won’t change anything that has happened, but it might lighten a few pocketbooks and that is not what the people of Newtown or anyone else in America needs in 2013.

If most of this money comes from the residents of Newtown then the voter referendum may fail. But if they are counting on the federal government then why not? This is welfare thinking. Take all of the free stuff you can whether you need it or not. Time will tell where the money comes from.

Just something to think about. I am a conservative and my opinions aren’t always easy to swallow.  I don’t think Newtown, CT needs a new $57 million school. From what I understand it is not a real hotbed of conservative thinkers so my opinion won’t matter to the people of Newtown but it makes me feel better to get things off my chest.

Time heals all wounds but the amount of time to heal these wounds will not be measured in months or even years. Decades from now the pain will still be there for many of these people.

Will a new school help to fix that? I don’t know but my personal opinion is that it will not. If someone comes into your home tomorrow and takes the lives of your entire family will the government buy you a new house? Probably not.

It is the responsibility of this community to pick up the pieces and move on. I don’t want my tax money being used to buy them a new school. If they want to pay for that school themselves then that is their choice.

Unfortunately that is not quite how it works in America and that is part of the problem. My prediction is that they will get all of the grant money they seek and still be left with the tragedy of what happened. What is really solved by that? Nothing, in my opinion.