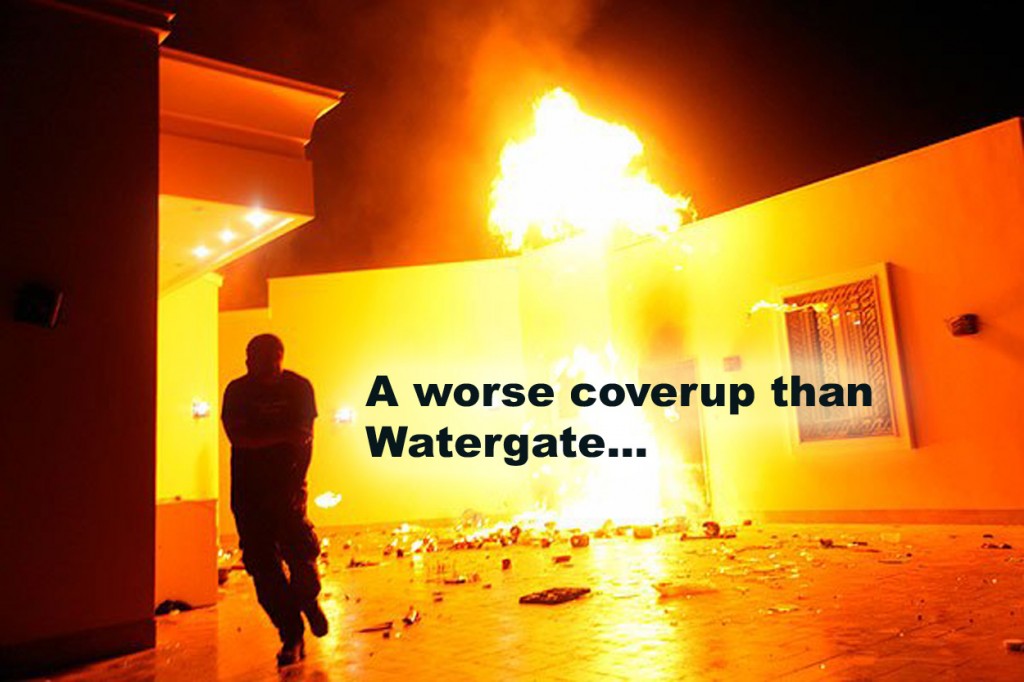 Much has been made about CBS President David Rhodes being the brother of Ben Rhodes (Deputy National Security Advisor for Strategic Communications), but it seems that the media ties to The Obama Administration do not stop there.

CNN deputy bureau chief, Virginia Moseley, is married to Tom Nides who was Hillary Clinton’s Deputy Secretary of State for Management and Resources until February.

ABC President Ben Sherwood also has a sibling, Dr. Elizabeth Sherwood-Randall who is a Special Advisor to President Obama on National Security Affairs.

Let’s also show you why CNN did not go very far in covering these hearings because the CNN deputy bureau chief, Virginia Moseley, is married to Hillary Clinton’s deputy, Tom Nides. It is time for the media to start asking questions. Why are they not covering this? It’s a family matter for some of them.”

Are the American people really supposed to believe that these relationships between top Obama Administration officials and major network executives are a coincidence?

I am sure that’s how it will be portrayed but the American people are not stupid. If ever there was evidence of a President wanting to preserve security of his administration through a state controlled media, this would be it. Don’t think for a minute that these people were not hired specifically because of their media connections.

It’s all one big happy family and in this case, they are all covering for each other and trying to hold the line on the Benghazi cover-up.

The most frightening question of all is how these things were hidden for this long. Controversy or not, do you not think it is unethical for the State Department to have ties like this to the press?

This is Obama’s America. Control the media and control the people.