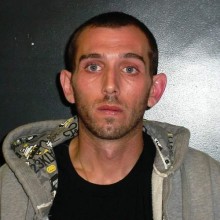 Well the stupidity of New York Governor Andrew Cuomo’s New York SAFE Act continues to be on display as a New York man was arrested for having a legal gun, but having two more rounds in it than the law required.

Troopers from the New Lebanon barracks in Columbia County stopped a car driven by Gregory D. Dean Jr., 31, of Hopewell Junction, around 9:45 p.m. Sunday on Route 22 because the vehicle’s license-plate lamp was not working.

While interviewing Dean, troopers noticed a handgun on the front seat, partially covered by a sweatshirt.

The troopers determined the gun, a .40-caliber pistol, was legally registered and possessed. However, when the troopers inspected the pistol, its magazine contained the nine bullets – New York’s Secure Ammunition and Firearms Enforcement Actonly allows seven bullets per magazine.

Troopers charged him with unlawful possession of certain ammunition feeding devices and third-degree aggravated unlicensed operation, which are both misdemeanors, plus other infractions.

Dean was released without bail and he is to appear in New Lebanon Justice Court on May 23.

“This is a very sad day for all fair minded New Yorkers who believe in justice and value freedom. Here we see the full effect of our actions as the SAFE Act turns a law abiding citizen into a criminal. This didn’t save a life, this just destroyed one man’s life,” said Senator Greg Ball (R,C,I-Patterson), Chariman of the Senate Veterans, Homeland Security and Military Affairs Committee. “I continue to plead with this Governor to please allow the common sense changes to this bill that are obviously necessary.”

So you see my friends, New York is a bit more restrictive than Senator Dianne Feinstein who wants at least 10 rounds in the magazine! Still, it’s silly to have a “legal” firearm with a magazine, which is also “legal,” and yet you are not allowed to fully load the thing! It’s moronic.

Back in March, Benjamin Wassell of Silver Creek became the first man arrested under the NY SAFE Act. He was charged on Thursday with three felonies related to the sale of illegal weapons.

The number of bullets carried in a firearm has nothing to do with how it will be used. This is what gun grabbers know, but they don’t care, because in the end it isn’t about the cosmetics, the number of rounds or the style of the weapon. It’s about control. I wonder how long it will be before New York decides they want to determine what kinds of grips you can have on your handgun in order to arrest you for that.