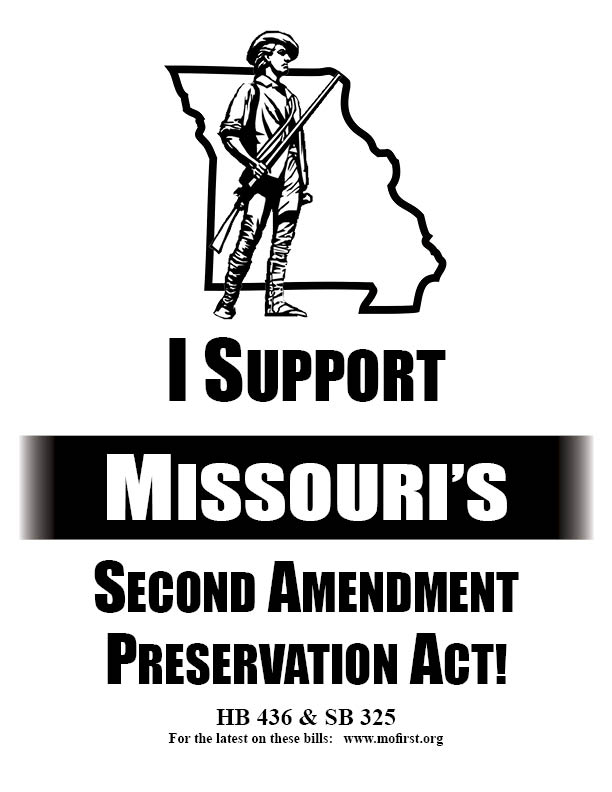 While many states are busy biting the hands that feed them, the State of Missouri is aggressively trying to give gun manufacturers a good reason to relocate to “The Show Me State.” Last week a West Plains man made a very generous offer on the conservative talk radio show “America’s Voice Now.”

A cooperative project is underway to bring firearms and accessories manufacturers and distributors to the Howell County Ozarks region of Missouri.  The project was initiated by a listener of the Americas Voice Now radio program who volunteered to put up one of three parcels of land to any manufacturer or distributor who would move to the region.

The parcels of land are available to any gun or firearm accessory manufacturer or distributor who will move to one of the parcels bringing jobs and economic benefits to the area.  Missouri is a leader in the nation as a state dedicated to the principles of the Second Amendment.  The State House of Representatives just gave first round approval to a tax incentive bill (HB630) aimed to providing tax credits to relocating gun manufacturers.

The “Move To Missouri” project has a list of endorsements that is impressive.  The project was initially put together by the landowner John Negri, America’s Voice Now radio program host Michael Evans and Larry Pratt, President of  GOA (Gun Owners of America).   They enlisted some big guns in the state to support the project including, Lt. Gov. Peter Kinder, Missouri State Representative Shawn Rhoads, State Senator Mike Cunningham, SCOCOG (South Central Ozarks Council of Governments) and other interested parties.

The project has gained a full head of steam since the announcement and  Lt. Governor Peter Kinder is trying to get more state officials involved. Ozarksfirst.com reports:

Lt. Governor Peter Kinder is urging Gov. Jay Nixon and legislative leaders to send a clear message to gun manufacturers by backing efforts to recruit them to locate in Missouri.

Kinder points to a West Plains businessman who has offered up land to any gun manufacturer that wants to move to the Ozarks, a proposal he says has gained the support of Gun Owners of America.

The Missouri Legislature has passed and sent the governor a measure that declares federal gun control laws unenforceable in Missouri. Another measure would give businesses tax incentives to gun manufacturers to relocate to Missouri.

“For years, some states that are home to gun manufacturers have continued to bite the hand that feeds them, passing laws to restrict firearms,” Kinder said in a press release. “Some of those companies now are deciding it’s time to pull out and move to more friendly pastures. I encourage Gov. Nixon and lawmakers to send a concerted message to these manufacturers: Missouri welcomes you.”

As a reminder, Missouri just passed “The Second Amendment Preservation Act” which deems all federal gun limits null and void in the State of Missouri. I happen to live in “The Show Me State” and I am very proud to see the response of our fine citizens in the attempt to honor the 2nd Amendment and add needed jobs to the economy.

Molon Labe! Come and Take Them!

(the parcels of land that is…)