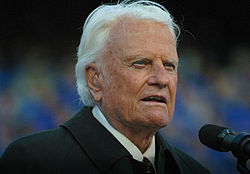 Earlier this Spring I received a letter from the IRS informing me that they had done an audit and were keeping my refund due to back taxes I owed, to the State of Missouri, from 2005. It took them seven years to determine this? Come on. I have been considering my options at this point but with the stories coming out in the media I have to wonder if I too was an IRS target.

After all, I am the person that was responsible for starting The Patriot Teams on Facebook. Those groups grew to 25,000 members in about 30 days before being moved to our forum set up. I am also the guy who wrote an article on January 3rd entitled “If They Come for Your Guns, Do You Have a Responsibility to Fight?” that went viral and has been seen by millions of people. So was I targeted as well? I have no idea to be honest, but I’m not really happy. Like I said, I am considering my options but chances are I won’t be able to afford an attorney to fight this and that we won’t be able to access records needed to prove any IRS or Missouri Department of Revenue oversight. 2005 was a year that saw my business go bankrupt and all of my records and bank accounts were seized in 2006. I learned a lot about how big business and big government work hand in hand. That was my wake up call about the real America that we live in. Enough about me…

As more evidence comes out it is becoming clear to me that this was not about “Patriots” or “Tea Partiers” or even “Christians.” It was about anyone who was right of center who the IRS could potentially hassle. The development of an IRS “leftist” agenda is immoral and I personally believe this story will eventually lead straight to The White House. That is my opinion but there is already some evidence to suggest that this was not simply a few rogue IRS workers.

With that said, let me throw out the latest piece of evidence as reported today by Todd Starnes:

Several well-known religious organizations say they were targeted by the Internal Revenue Service, including the ministry founded by famed evangelist Billy Graham and a 180-year-old Baptist newspaper, Fox News has learned.

Among the ministries targeted are the Billy Graham Evangelistic Association, Samaritan’s Purse and the Biblical Recorder – the news journal of the North Carolina Baptist State Convention. The revelations seem to indicate the IRS was targeting more than just Tea Party groups and conservative political organizations.

“I am bringing this to your attention because I believe that someone in the Administration was targeting and attempting to intimidate us,” wrote Franklin Graham in a letter Tuesday to President Obama. “This is morally wrong and unethical – indeed some would call it ‘un-American.’”

Graham is president of the ministry his father founded – as well as the international charity known as Samaritan’s Purse. Both organizations were notified of the IRS audits on the same day – not long after running advertisements supporting North Carolina’s Marriage amendment.

Where is this story going to end? Earlier today I reported the possible connection of George Soros to this IRS scandal. Soros is one of the financiers of ProPublica. ProPublica admitted to receiving confidential information from the IRS and there is a possible link straight to Barack Obama’s White House from the ProPublica “Board of Advisors.”

If you would like to read that story I will link it below. The opinion that I am starting to develop, from the evidence we are seeing, is that this story is much bigger than anyone first imagined and it will most likely lead straight to Barack Obama. I do not believe that the IRS flagged “Tea Party Patriots” and “Christians” only. I believe that this was a common policy to hassle anyone who appeared to be dangerously “right of center.” Time will tell. Here is that story: