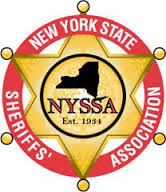 On Tuesday the New York State Sheriffs’ Association, and several elected law enforcement officials from upstate counties, filed an Amicus Curiae Brief in support of a federal challenge against New York’s SAFE Act. An Amicus Curiae Brief is best understood as a document that is submitted by a party who is interested in influencing the outcome of a lawsuit, but is not technically a party in that suit.

There are several challenges to the law, which began taking effect this month. The sheriffs, including Fulton County Sheriff Thomas Lorey, join the National Rifle Association in filing an amicus curiae (friend of the court) brief.

[We sheriffs] are entrusted with the critical responsibility of ensuring law and order. In very real and direct ways, the challenged laws increase disorder. Law enforcement’s work is made more difficult attempting to enforce unclear laws that harm, rather than promote, public safety. The laws appear willfully blind to legitimate safety interests, and instead are tailored to impact, and negatively impact, law-abiding firearm owners.

The SAFE Act broadened the definition of banned assault weapons, increased penalties for illegal gun possession, reduced public access to gun permit information, and required mental health professionals to report concerns about a gun-owning patient who posed a risk of harming himself or others. It also bans any magazine with the capacity to accept more than 10 rounds, and forbids people from loading magazines with more than seven cartridges.

The bill was unveiled on Jan. 14, and passed quickly through a “message of necessity” that waived the legally required three-day waiting period. The Senate, led by a Republican-dominated coalition, passed the measure by a 43-18 vote less than two hours after the bill’s text became public. The Democrat-dominated Assembly passed the bill the next day, and Gov. Andrew Cuomo signed it.

As Tim Brown reported on Tuesday, Gregory D. Dean, Jr. was arrested for having 2 more bullets in a legal gun than allowed by the New York SAFE Act. It is a bit ironic that states which pass stricter gun legislation are free to do so without resistance from the federal government. However, when a State like Kansas tries to free themselves from federal limits, they get a letter from Eric Holder, as we reported earlier this month.

That’s politics for you. Don’t hate the players…hate the game.

The 35 page filing of The New York State Sheriff’s Association et al is below if you would like to browse through it.