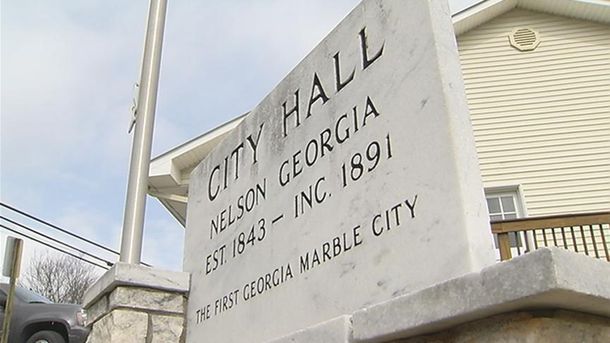 The Brady Center to Prevent Gun Violence filed a federal lawsuit Thursday against the town of Nelson, GA. The suit alleges that the town’s ordinance requiring citizens to own an operable firearm and ammunition is unconstitutional.

“Most Americans reject the gun lobby’s vision of an America in which the government can force guns into every sector of society,” said the Brady Center’s Legal Action Project Director Jonathan Lowy.  “In this lawsuit we seek to establish that the government does not have the authority to compel Americans to buy guns or bring them into their homes   In fact, while the Second Amendment gives law-abiding Americans the right to own a gun if they decide that’s the best way to ensure the safety of their homes and their families, the majority of Americans choose to protect their families by keeping guns out.  This ordinance denies the people of Nelson that freedom.  Forcing residents to buy guns they do not want or need won’t make the City of Nelson or its people any safer, and only serves to increase gun sales and gun industry profits.  A gun brought into your home is far more likely to be used to injure or kill a family member, than to ward off an intruder.”

“The ordinance requires citizens to, in effect, salute the flag of gun ownership or explain why not,” said co-counsel Peter Canfield of Atlanta’s Dow Lohnes.  “That’s unconstitutional.”

We could go on and on with this useless rhetoric from The Brady Center but this lawsuit is going nowhere in my unqualified opinion. The mandatory gun law was passed on April 1, 2013 and let’s go back and do a quick refresher, courtesy of Fox News:

The city council in a small north Georgia town voted Monday night to make gun ownership mandatory — unless you object.

Council members in Nelson, a city of about 1,300 residents that’s located 50 miles north of Atlanta, voted unanimously to approve the Family Protection Ordinance. The measure requires every head of household to own a gun and ammunition to “provide for the emergency management of the city” and to “provide for and protect the safety, security and general welfare of the city and its inhabitants.”

Not that every household must go out and purchase a firearm.

The ordinance exempts convicted felons and those who suffer from certain physical or mental disabilities, as well as anyone who objects to gun ownership. The ordinance also doesn’t include any penalty for those who don’t comply.

The Brady Center claims that there is a $1000 penalty associated with those who fail to bear arms but I find no evidence of that claim. To quote the Brady Center press release, “The suit was filed on behalf of membership of the Brady Center who face a $1,000 fine for non-compliance.” To give you another opinion that will back up Fox News (to remove thoughts of right-wing bias), here is what USA Today had to say in April:

The five-member City Council unanimously on Monday passed the Family Protection Ordinance requiring “heads of households to maintain firearms … in order to provide for the emergency management of the city.”

But the exemptions are pretty broad: anyone who has physical or mental disabilities, is a pauper, doesn’t want to own guns or is a convicted felon. And there are no penalties for violations.

It’s a “deterrent,” says Police Chief Heath Mitchell, the town’s only police officer. “I’m not going to be going from house to house asking people if they have a gun.”

Nelson officials say they wanted the measure because their town straddles the Cherokee-Pickens county line, which can lead to slower response times. Also, during the debate over guns in the aftermath of the Newtown, Conn., school massacre, they wanted to emphasize Nelson’s commitment to the Second Amendment.

“With all of the talk about taking away guns, Nelson is telling our people, you’ve got a Second Amendment right to buy and keep arms,” Councilman Jackie Jarrett says. “We’re hoping it will deter crime.”

This is a bogus lawsuit from the Brady Center. I am no attorney so my opinion doesn’t really matter but if anything was ever “frivolous” I would expect this would be considered as such.

The law is modeled after a similar law in Kennesaw, GA. The law is not enforced in Kennesaw but the residents seem to think it is a deterrent for would be criminals. I am still very unsure of where this $1000 fine is coming from because I find no evidence of it anywhere. If there is some penalty written into the laws in Nelson, I would doubt there will ever be enforcement of such. Kennesaw, GA has not fined a single person in over 30 years for failing to own a firearm.

The mandatory gun laws are not enforced on citizens. They are aimed at making criminals think twice.  All I can figure is that donations must be down for the gun grabbers. Times are tough and when things get tough a good lawyer knows…you’ve got to find an ambulance to chase.

Good luck with that Brady Center. I wonder how your donors might feel about you wasting money on legal fees if this suit gets thrown out of court.