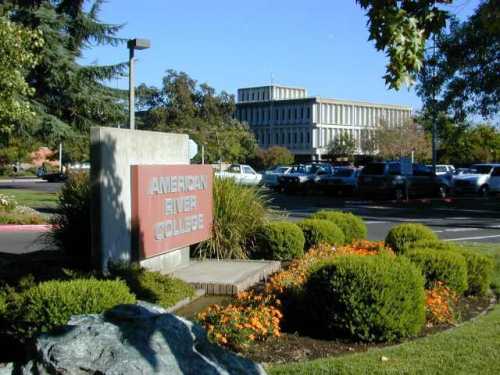 More intolerance, hate and rage from the illiberal Left.

A professor at a California community college, American River College (ARC), got so enraged at a student over same-sex marriage that he smashed the student’s cell phone.

ARC is a community college of 35,000 students in Sacramento, California.

Timothy Dionisopoulos reports for Campus Reform, May 10, 2013, that the student Vladimir Musorivschi is a volunteer on the campus campaign for student government of fellow student Luke Otterstad. Otterstad is an outspoken opponent of same-sex marriage (see below).

According to Musorivschi’s version of events, he and ARC Anthropology Professor Frank Araujo got into a verbal altercation over whether or not same-sex marriage should be legal. Araujo screamed at the student, then smashed his cell phone to the ground.

Musorivschi told Campus Reform: “I said no you are not even arguing the right way, you are just screaming at me about something. When I said I was going to call the police he just smashed my phone, basically assaulted me and the phone went like fifteen feet and smashed into pieces.”

In an email to Campus Reform, Araujo would not confirm or deny whether the alleged altercation or assault had taken place. He wrote incoherently: “Not being a student and being unfamiliar with both the slates [sic] and their issues, I’m unable to make any cogent remarks.”

The college’s administrators are investigating the incident. Carlos Reyes, interim dean for the behavioral and social sciences at ARC, told Campus Reform: “I am currently investigating the situation. With that being said the college has a process and that process is being followed. I do not comment on ongoing investigations so there is not a lot of details I can give you.  Obviously we take the environment on campus seriously so that is something that is being looked at.”

Although ARC election rules forbid professors from engaging in negative campaigns and bans the use of school resources in student elections, ARC professors changed their public Facebook profile pictures late last month to anti-Otterstad slogans while the campus LGBT club held a rally and leaflet drive against his campaign.

Otterstad, who lost the student government election, toldCampus Reform he has filed an official election complaint with the chancellor of the school which challenges the validity of the election due to a discrepancy in the vote count: “I am challenging the election results because the numbers released don’t add up, professors violated election rules by actively campaigning against me, and the District has a history of violating student voting rights.”

Frank Araujo‘s title at ARC is a part-time “Adjunct Faculty” in the Dept. of Anthropology. His LinkedIn page says he’s been an Adjunct Professor at ARC for 21 years, since 1991. His email address is [email protected]

David Viar is the President of ARC. His email address is[email protected].

Dr. Eowyn’s article first appeared on Fellowship of the Minds.