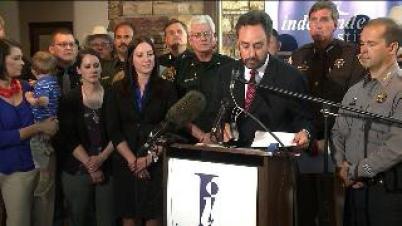 On Friday May 17 the Independence Institute held a press conference announcing a lawsuit against the new anti-gun bills passed by the Colorado legislature and signed by Governor John Hickenlooper. 54 of 62 Colorado Sheriffs are in support of the lawsuit.

The suit alleges that two of the new gun laws in Colorado are unconstitutional. The Denver Post reports:

At a news conference held at the Independence Institute, a free-market think tank, the sheriffs and representatives from the Colorado Farm Bureau, Women for Concealed Carry and members of Outdoor Buddies — a charitable organization for disabled individuals — explained their case Friday.

“These bills do nothing to make Colorado a safer place to live, to work, to play, to raise a family,” said Weld County Sheriff John Cooke. “It should never have even gotten to this point in the first place.”

There are 21 plaintiffs in addition to the 54 sheriffs, including the Colorado Outfitters Association, National Shooting Sports Foundation and Magpul Industries, the Erie-based ammunition magazine manufacturer that vowed to leave Colorado after the bills were passed.

It is also widely believed that the problems go beyond constitutional issues and create an enforcement problem. The Daily Caller reports:

El Paso County Sheriff Terry Maketa said the laws are not only unconstitutional, but also confusing and unenforceable.

For example, the ban on magazines was discussed by its Democratic sponsors as applying only to those that hold more than 15 rounds, in response to mass-shooting incidents in Aurora, Colo., and Newtown, Conn.

But the law also outlaws any magazine that can be easily converted to hold more than 15 rounds, which applies to practically all magazines with a removable base plate that can be replaced with an after-market extender.

After July 1, the owners of such magazines cannot sell them, loan them or give them away. In effect, it means that even if they give their weapon to someone else for safekeeping — or, in the case of one wheelchair-bound plaintiff who spoke Friday, to hold momentarily as he gets in and out of his chair — they will be breaking the law.

The background-check requirement is also unduly burdensome, the sheriffs say. Maketa gave as an example a neighbor of his who, under the new law, would have to perform a background check on his fiancé if he left his firearm with her when he deploys with the military.

According to Breitbart.com the NRA issued a statement on Friday in support of the Colorado Sheriffs.

“The National Rifle Association, the many plaintiffs in this case, and the law-abiding gun owners in the state of Colorado know that the recently enacted gun control laws are unconstitutional,” said Chris W. Cox, executive director of the NRA’s Institute for Legislative Action.

“We diligently crafted these public safety laws with respect given to the Second Amendment constitutional rights of every American,” she said. “These laws were not constructed haphazardly; they were constructed to protect us from massacres like the ones we suffered in Aurora and Newtown. We worked with constitutional lawyers, and studied laws that we know worked in other states. We can’t just sit by and do nothing while first-graders and moviegoers are being mowed down in one fell swoop with weapons equipped with large-capacity magazines.

“The sheriffs who are filing these lawsuits are playing politics and playing into the strategy of the east-coast based NRA elites. Some of these particular politicians have even vowed not to implement these moderate public safety laws. Reasonable Coloradans know that one doesn’t need a large-capacity magazine for self-defense, and an instant background check isn’t an inconvenience because it can save lives. These reasonable public safety laws yield to every one of our constitutional rights, including our Second Amendment rights, and they promote domestic tranquility, a guarantee in the preamble of our constitution. It’s time to stop playing politics and start protecting Coloradans from massacres and unnecessary gun violence.”

Why is it that any time people gather in support of the 2nd Amendment a liberal has to cry of foul play by the NRA? This lawsuit has nothing to do with the NRA elites. It has to do with a group of conscientious Colorado Sheriffs who decided that enough is enough.

El Paso County Sheriff Terry Maketa said “We each took an oath. The line in the sand has been drawn, and we will stand united.”

If only our politicians felt the same way about the oaths they take. 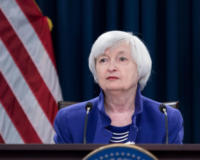