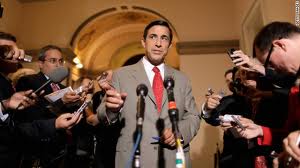 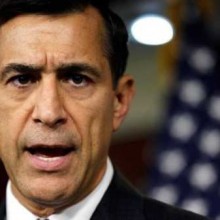 House Oversight Committee Chairman Darrell Issa (R-CA) formally demanded that retired Ambassador Thomas Pickering, the co-author of the report that blasted the State Department over Benghazi, but failed to interview then Secretary of State Hillary Clinton, be deposed by his committee this coming Thursday, May 23, 2013.

In Issa’s letter to Pickering he wrote, “I received your response to my request. While I am very much committed to having you testify publicly and appreciate your newfound willingness to do so, I was disappointed that you are attempting to limit the Committee’s understanding of the Accountability Review Board by refusing to participate in a voluntary transcribed interview prior to testifying publicly.”

Issa also went onto blast Pickering saying that his “refusal to allow staff investigators to interview you is inconsistent with your commitment to be ‘tough and transparent.’”

Chairman Issa hopes that Pickering will reconsider his position in order to assist the Committee in gaining a full and complete understanding of the ARB’s work and help them address concerns that the Benghazi whistleblowers and others have raised.

However, since Pickering, along with former chairman of the Joint Chiefs of Staff Michael Mullen, have refused to voluntarily appear for a transcribed interview, Issa issued a subpoena for him to appear on Thursday, May 23, 2013 at 10am to answer questions.

This subpoena follows the testimony of Benghazi whistleblowers who appeared before Congress who indicated that the board Pickering was on “let people off the hook.”

According to Issa, a deposition is the only way to find out exactly who was interviewed by the ARB. We know Hillary Clinton was not interviewed.

Rep. Elijah Cummings (D-MD), ranking member of the House Oversight Committee and Socialist, blasted Issa’s subpoena of Pickering saying it was “stark example of extreme Republican overreach and the shameful politicization of this tragedy.”

“Chairman Issa’s accusations keep getting shot down one by one, but he simply resorts to even more extreme measures,” he added in a statement.

“After falsely accusing former Secretary Clinton of lying to Congress, falsely accusing the White House of deliberately misleading the American people, and falsely accusing the military of withholding critical assistance on the night of the attacks, the Chairman is now accusing Admiral Mullen, the former Chairman of the Joint Chiefs of Staff, and Ambassador Pickering, a seven-time U.S. ambassador, of being complicit in a cover-up.”

Except that the emails provided earlier this week indicate that Rep. Cummings is in denial or he is just openly lying. Perhaps he is engaging in both.