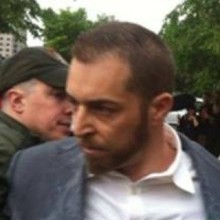 “The best way to control the opposition is to lead it.”

I have written on the armed march that is supposedly scheduled for July 4, 2013 in Washington, D.C. as well as its organizer Adam Kokesh. In the article on Kokesh, I presented many reasons why one should be wary of him because of his political ties. In the first article I presented why one should not even think of attending his event. However, yesterday, I think it’s quite clear why one should not attend an event that Kokesh is involved in. He was arrested at a marijuana rally in Philadelphia, Pennsylvania as a crowd of people gathered to smoke pot out in the open to protest the laws in place against marijuana. While his Facebook page is claiming he is in Federal custody, no one actually knows where Kokesh is.

First, let me say that I think laws against marijuana are silly simply because they are laws against something that grows in nature. For well over a century in our nation, marijuana was legal. Just like guns, marijuana is not the problem; it’s people that are the problem.

With that said, these people who gathered knew they would be arrested. Kokesh knew he would be arrested and it seems that he wants nothing more than to be arrested for breaking the law to somehow claim he is “standing up to the man.” After all this isn’t his first rodeo. In all of this, he is simply being a provocateur; at least that is my estimation, and he is looking for self-promotion.

Kokesh was arrested at the event, along with several other people. Some have made a big deal about the fact that another person that was arrested allegedly (but not proven) planted something on Kokesh. The man was also arrested alongside Kokesh as you can see in the video above.

All I have to say about that is that if something was actually planted on him, then he would have done well to heed the words of wisdom from Proverbs:

Whoever walks with the wise becomes wise, but the companion of fools will suffer harm. –Proverbs 13:20

Or perhaps, he should have listened to the apostle Paul who wrote, “Do not be deceived: ‘Bad company ruins good morals.’”

Now before you berate me, calling me names and saying I’m a statist and yada, yada, yada, consider the following from Patriot News Organization, via their Facebook page from Friday:

Understand that this was not photoshopped, but taken directly from Adam Kokesh’s own Facebook page. How do I know this? For one, Patriot News Organization provided video evidence that Kokesh responded to this. Here it is:

So what was Kokesh’s response to being caught with this on his Facebook page, which he quickly removed once it was seen? Again, according to Facebook:

Kokesh wrote, “WOW!! That’s some seriously damning evidence… I guess I’ve been exposed as The Revolution Czar… Me spreading the message of liberty and converting people to philosophical libertarianism plays right into Obama’s hand. (sarcasm).”

PNO challenged him though saying that he was deflecting like a politician without addressing the issue. Obviously, Kokesh never said that it was a joke. He was simply caught red-handed.

Now what does this have to do with anything? Consider that the Obama administration’s election campaign made an unprecedented change back in January from “Obama for America” to “Organizing for Action.” Kokesh was claiming to be part of the election campaign. Isn’t that interesting?

With that in mind, my friend Jim Stachowiak, who has been an activist for many years, asks whether or not this arrest is real or staged. He writes, “I go back to so many of those FBI Informants that had infiltrated the ‘Peace Movement’ in the 1960-70s as ‘controlled opposition leaders’ . . . who were ALWAYS getting ‘arrested’ to make it appear that they were being ‘harassed’ by ‘The Man’ . . . to establish ‘street credibility.’ They would get LOTS of media attention.”

Adam likes to talk about people being sheep and so do his followers. While there are certainly a lot of sheep blindly following all sorts of political leaders, what is amazing is to see how his followers are willing to respond, or at least behind their keyboards they are, to Adam’s arrest and was reported as being held by Federal authorities. One of his followers, a Daniel Burgess, wrote on Kokesh’s Facebook page the following:

Well isn’t that nice! His followers are preparing to break him out of jail unless they get a reasonable answer, which by the way they indicate that there is no reasonable answer. Can you begin to reason with people like this? I’m finding it difficult.

Frankly, I watched the video and it is pretty tough to see whether or not Kokesh partook in smoking marijuana or not. He was most definitely encouraging breaking the law for sure, not changing the law. You’ll note that he is the one counting down and telling the crowd to light up.

I tend to agree with a commenter who wrote on Adam Kokesh’s Facebook page following his arrest and think this is all lined up in preparation for the DC march:

“Someone willing to make a speech promoting freedom is an ACTIVIST. Someone willing to go break the law and suffer the consequences is a PROVOCATEUR. Someone who organizes a rally in his/her name and expects recognition is an OPPORTUNIST. Someone who is promoted too much by like minded circles of influence is a SHILL. Someone who knows the law and can explain what, where, why and how it is unjust is a FREEDOM FIGHTER. Adam is an ACTIVIST, PROVOCATEUR, OPPORTUNIST SHILL but no FREEDOM FIGHTER.”

Kokesh is scheduled to be released on bail Monday.

UPDATE: Dean Garrison informs us about the man alleged to be messing with Adam’s backside. It is none other than Don DeZarn, a Libertarian with aspirations of being a New Jersey State Senator. He quotes Free Keene:

“There was a crackdown at the Smoke Down at the Liberty Bell in Philadelphia yesterday, May 18th, 2013, as police presence was at an all time high, and at an all time low for their violent thuggish behavior, when they forcefully arrested at least four peaceful liberty lovers. Much footage and controversy is coming forward about these arrests of Adam Kokesh, N.A. Poe, NJ Weedman, and Don Dezarn. The latest news indicates that Don Dezarn and the NJ Weedman were released immediately on the spot, with citations. Adam Kokesh was reported by one source to have been released, but other sources say he and N.A. Poe are now detained in the Philadelphia Federal Detention Center, to face arraignment and bail hearings on Monday May 20th. Here is some of the footage of the whole Smoke Down event, Don Dezarn gets released at 28:41 point in the video,”

UPDATE: Kokesh was charged with assault on a police officer and resisting arrest, which the woman in the video claims is a felony. His hearing will be on Thursday. Bail was denied.

What’s amazing to me is that they are not charging him with conspiracy to overthrow the government. After all that is exactly what he said he was going to do.
H/T Freedom Fighter Radio