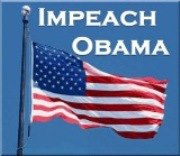 It has been an exhausting couple of weeks for conservatives. There are so many live scandals now that it is easy to forget some of them. For instance, how many people remember that just a few weeks ago House members actually got to question DHS officials about their ammo purchases? I was just thinking about that today. How many MAJOR stories have hit since then? Fifteen? Twenty? We tend to lose count.

One thing that most conservatives are in agreement about is that this President has to go. Whether you think impeachment should start after 2014 Senate elections or now is not the issue. Most of us know that Obama has to go.

I found an organization on Facebook today that can give us a positive outlet for a lot of the built up anxiety and I want to help promote them. I am unsure if I will be able to personally attend but I have lots of friends who live a lot closer to D.C. than I do.  So I am asking all of my friends, whether you can attend or not, to help spread the word. A lot of people need something like this to let go of some frustration. I know that I would love to be there myself and will try to find a way.

The march is scheduled for “Flag Day” which is Friday, June 14th. The Facebook page is called Impeach Obama March in D.C. and here are the details from the “About” page:

Benghazi cover-up, IRS & Associated Press scandals, Fast & Furious, Obamacare, unconstitutional Executive Orders, billions of $ to sworn enemies of the U.S., etc. This is NOT about partisan politics, conspiracy theories, racism, etc. THIS IS ABOUT AMERICA. Many of Barack Hussein Obama’s actions and policies are un-constitutional. detrimental and ILLEGAL. We must hold Obama AND his administration accountable for their crimes. IMPEACH Obama for TREASON!!!

Conservative talk show host Carl Boyd, Jr. of Truth Report is one of the organizers of the event.

Unlike the Kokesh march I can personally see no reason to avoid this march. Freedom-loving Americans could certainly use an event like this to regroup and recharge.

I am one of those people who personally feels that we should try to swing the Senate before we start the impeachment process but it does not matter. You won’t find many conservatives that are not for this happening whether it be now or later. For those who follow World Net Daily, they have been doing some polls through an independent firm. Depending on the issue the respondents are asked about (Benghazi, IRS Scandal, Fast and Furious, etc.), as many as 27% of Democrats now believe that Obama should be impeached. I did say Democrats.

So what do you say? Let’s get as many people as we can there and help this message go viral.

Do you really want to impeach Obama? Then prove it by doing your part to raise awareness. Share this article or share the Facebook page. It doesn’t really matter. If we are going to do this we need to do it big and make a statement. There is no reason we can’t have 10,000 people there. We have three weeks to do it. No more tiny marches with embarrassing turn outs. Even if we can’t be there personally we are still part of the team and we need to get the word out. How do you expect them to take us seriously if 150 people show up? We need thousands. If you can not go then find 2-3 people to go in your place.

Let me ask you a question and answer it honestly. Don’t you get tired of seeing marches and rallies like this get under promoted? We turn on the news and see some filler story about 200 conservatives who were protesting something THAT SHOULD HAVE DRAWN A HUGE CROWD and it’s embarrassing. They laugh at us. They think we are a joke. I get sick of it.

The only way we can reverse that is if people do their part. For those who have blogs or websites, you can do a write up of your own or use this one. I don’t care if you do. For those who don’t you can share to social networks and forums. We need to get the word out. Until we start to support each other they will continue to laugh at us.

I, for one, think it’s high time that they begin to take us seriously. The success of this march is ultimately up to you. I will do whatever I can but we can not get the word out without lots of help. So I am asking for your help in supporting your fellow Constitution-Loving-Americans.

This is not my march. I am just trying to do my part just as many of you will do.

Thanks for being a Patriotic-American. It is people like yourself that keep me going. We may not always be in the majority but we must always be heard. To ensure that we must get louder every day.

Hope is not lost my friends.

We have just begun.