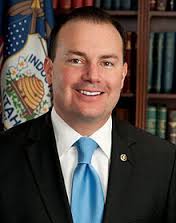 Balancing the Budget in 10 Years Would Save the Average Household $50,000

On Thursday Senator Mike Lee launched the “Balance in 10/#My50k” project to highlight the need for Washington to balance the federal budget.  After neglecting to submit a budget for four years, Senate Democrats finally introduced a plan that never balances and adds trillions of dollars to the national debt.   In contrast, several Republicans have submitted budgets that balance in ten years or less, without raising taxes or damaging the economy.

“Balancing the budget in ten years is a reasonable, feasible, and important goal,” said Senator Lee. “Doing so would reduce the public debt owed by each household in America by an average of $50,000.   For most people, that’s a down payment on a house, a college fund, a new car, or a sizeable investment in a small business.  Washington shouldn’t continue to steal from future generations by refusing to get its fiscal house in order today.”

Chart 1: Deficit Comparison – CBO baseline vs House GOP Budget
Deficits explode under current law, while they stay low under the House GOP budget and get to balance in 2023.

Chart 2: Amount Owed Per Household – CBO baseline vs House GOP Budget
Balancing the budget by 2023 reduces the amount the average household owes on the national debt by $50,000.

The “Balance in 10/#My50k” project is an effort to give a voice to the millions of Americans who are calling for Washington to balance the budget.  Those who wish to have their voices heard can visit themy50k website here and tell Washington what they would do with an extra $50,000, or they can tweet their ideas using the #my50k hashtag on Twitter.