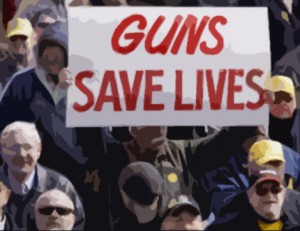 Where else but Washington D.C. could this story happen? Actually it could happen a lot of places in this country and that’s what is truly frightening. Back in January a boy was riding his bike when he was attacked by three Pit Bull Terriers. He was savagely maimed but a good samaritan likely saved his life by shooting and killing the first of three dogs. A police officer who heard the shot finished the job. But this man saved a child’s life and now he has been fined for doing so.

The bloody paw prints travel the length of a city block, from a Northwest Washington street corner where police said an 11-year-old was mauled by three pit bulls to the welcome mat at the dogs’ owner’s home.

Two days after the attack, in which police said all three dogs were fatally shot, the prints were a reminder of what happened at Eighth and Sheridan streets on Sunday afternoon. Police said a neighbor and an officer shot the pit bulls as they sank their teeth into the boy’s legs, arms, stomach and chest.

The boy underwent surgery and remains hospitalized, a family member said. One of the dogs managed to limp back to his house before he died, leaving the bloody trail up Eighth Street. The boy, the dog owner and the shooter live on the same block.

An uncle of the victim’s said the boy was riding a new Huffy dirt bike with orange rims he had gotten for Christmas. The uncle said his nephew emerged from an alley onto Sheridan Street, where he collided with the pit bulls.

D.C. police said the unleashed and unattended dogs attacked the boy before a neighbor who saw it went into his home, got his handgun and fired once, hitting one of the dogs.  A D.C. police officer on bicycle patrol heard the shots, and authorities said he shot and killed the other two pit bulls. It was unclear from a police report exactly how many shots the officer fired.

“The injuries are terrible,” the boy’s uncle said, adding that he saw all three dogs with their teeth clenched on the youth’s extremities when the neighbor and officer opened fire. “This boy is traumatized,” the man said. “He told me doesn’t want to go outside anymore. He’s too scared.”

He also said his nephew was struck in the left foot by a bullet; police said they had no record that either a shot fired by the officer or the neighbor struck the boy.

The good samaritan in the story is a man named Benjamin Srigley. So what does he get for saving this boy’s life? The Washington Times reports:

Authorities last week made an agreement not to prosecute a Northwest D.C. man who used his unregistered handgun to kill a pit bull in order to stop it from mauling a child in his neighborhood. As part of the agreement, Benjamin Srigley, 39, was required to pay a $1,000 fine but will not have criminal charges filed against him for the three unregistered firearms and the ammunition that investigators found in his possession, said Ted Gest, a spokesman for the office of the attorney general.

“We took it into account that he saved this boy’s life,” Mr. Gest said.

Possession of an unregistered firearm or ammunition in the District is punishable by up to a year in jail and a $1,000 fine, and prosecutors said Mr. Srigley could have faced up to seven criminal charges in the case.

“In our recent memory this is a unique charge because of the unusual circumstances of this case,” said Mr. Gest, whose office generally prosecutes low-level crime in the District.

They act like they did this man a favor. He doesn’t get jail time but still has to pay a $1000 fine. Is this justice?

And what is this “or ammunition” statement about? Do you have to register both your firearms and your bullets in The District of Columbia?

This is justice in Washington D.C.

If a good samaritan that saves a child’s life gets a $1000 fine, just imagine what those armed protestors might face on July 4th.

The Examiner had this take on the situation:

How nice of them. So . . . instead of jail time and a criminal record, Mr. Srigley will “only” be fined $1,000. Good thing it wasn’t an entire Little League team he’d saved–at $1,000 per kid’s life saved, a guy could go bankrupt pretty quickly. Speaking of pit bull attacks and gun laws, the loved ones of a woman in Los Angeles probably wish there had been a “gun criminal” like Mr. Srigley around when she was sentenced by the gun-haters to die in the jaws of vicious dogs.

Actually, and this probably has to be considered shocking generosity by D.C. standards, Mr. Srigley will even get his guns back (or at least the two that he did not use to save the boy’s life)–with the understanding that he will take them out of D.C., because he’s moving to Maryland (can’t help but wonder about Srigley’s choice of places to live, though).

By the way, the owner of the three pit bulls is now in his own legal hot water–facing three counts each (one for each dog) of possession of a dangerous dog, having an unleashed dog and having a dog without a collar. The maximum penalty for those nine counts is very likely less than what Mr. Srigley could have faced for his seven victimless “crimes,” had the prosecutors decided to aggressively make an example of him. That prosecutors are punishing the owner of the dogs seems the height of hypocrisy–by punishing the man who stopped the attack, they’ve already shown that they’re on the side of killer dogs, rather than the people who stop them.

Here’s the thing. A law that has to be broken in order to save the life of a child–to prevent him from being torn apart by vicious dogs–is very likely an evil law. And a “justice” system that punishes a man (even if “only” by fining him) for being a lifesaving hero–is institutionalized evil. Why, as a (theoretically) free citizen, does any American tolerate this?

Whatever happened to the spirit of justice in this country? In most towns and cities this man would have been made a hero but not everywhere.

In so many places, like D.C., people who make a difference are regarded as common criminals. The biggest victim is the boy who will carry emotional scars from that day for the rest of his life.

But thanks to Benjamin Srigley, at least he has a life in front of him.