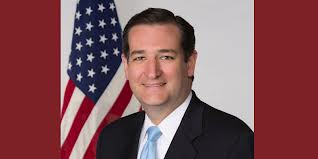 For a second day in a row, Senator Ted Cruz (R-TX) blasted the members of the United States Senate regarding the budget. On Tuesday the Texas senator spoke out against the Senate using procedural tricks in order to raise the debt ceiling. On Wednesday, Cruz was back with both guns blazing as he declared that when it comes to of the nation’s debt he doesn’t trust the Republicans or the Democrats.

In case anyone was wondering, Ted Cruz is not a “Yes” man. He’s his own man. He has character and spine and he’s ruffling feathers in Washington, even among those of his own party.

On Wednesday, the Texas Senator took to the Senate floor to reiterate his previous stance that he is not willing to place blind trust in his own party, let alone the Democrats.

“The senior senator from Arizona (John McCain) urged this body to trust the Republicans,” Cruz said.

He specifically called out McCain because he tore into fellow Republicans on Tuesday for blocking the budget negotiations. In McCain’s words, Cruz’s position is “bizarre.” He added on Wednesday, “Basically here what we’re saying on this side of the aisle is we don’t trust our colleagues on the other side of the Capitol who are in the majority…”

Cruz affirmed McCain’s statement on Wednesday saying that both parties were to blame for the national debt.

“Unfortunately,” Cruz continued, “one of the reasons we got into this mess is because a lot of Republicans were complicit in this spending spree. And that’s why so many Americans are disgusted with both sides of this house. Because we need leaders on both sides…to roll up our sleeves, to compromise, to work together and fix the problem, fix the enormous fiscal and economic problems. Stop bankrupting our country.”

“And every Republican who stands against holding the line here is really saying, let’s give the Democrats a blank check to borrow any money they want with no reforms, no leadership to fix the problem,” he added.

I like Cruz. I like that he speaks straightforward and not with a forked tongue. I hope we will see more representatives come to Washington like this and stay that way while they are there. Cruz has often referred to the RINOs in the Republican Party as “squishes.” He used the term during the gun control debate to describe those in his party who would not take a strong stand on gun owner’s rights.