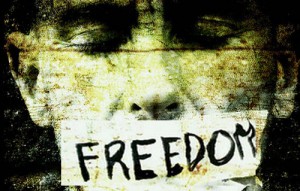 Obama’s war on our fundamental rights is devastating. The enemedia performs like state-run media and covers for this incredible rout. It is shocking. And in all of these grotesque anti-American maneuvers, Obama and his thugs are always using Orwellian language. ‘Operation Vigilant Eagle’ criminalizes free speech and targets our nation’s best — our vets.

Veterans are being singled out and arrested and labelled as mentally sick for criticizing Obama. Obama created this to stop criticism of him and his administration.

Operation Vigilant Eagle: Is This Really How We Honor Our Nation’s Veterans? OpEd News (thanks to Laura)

Despite the fact that the U.S. boasts more than 23 million veterans who have served in World War II through Korea, Vietnam, the Gulf War, Iraq, and Afghanistan, the plight of veterans today, while often overlooked, is common knowledge: impoverished, unemployed, lacking any decent health benefits, homeless, traumatized mentally and physically, struggling with depression, thoughts of suicide, marital stress.

Making matters worse, thanks to Operation Vigilant Eagle, a program launched by the Department of Homeland Security in 2009, military veterans returning from Iraq and Afghanistan are also being characterized as extremists and potential domestic terrorist threats because they may be “disgruntled, disillusioned or suffering from the psychological effects of war.” As a result, these servicemen and women–many of whom are decorated–are finding themselves under surveillance, threatened with incarceration or involuntary commitment, or arrested, all for daring to voice their concerns about the alarming state of our union and the erosion of our freedoms.

It happens in China routinely. It frequently happened in the old Soviet Union. Undoubtedly in North Korea, although generally there’s no one around to witness it. But in the United States? It happens here, too, apparently.

A lawsuit has been filed by officials with the Rutherford Institute on behalf of a Marine who was jailed and held for the comments he made on Facebook – comments that expressed a dissatisfaction with the present direction of the U.S. government.

According to officials at Rutherford, the civil rights action names as defendants members of law enforcement and the government who were involved in last year’s episode where Marine veteran Brandon Raub, 27, was arrested by a swarm of FBI and Secret Service and forcibly detained in a psychiatric ward for a week.

His crime was posting controversial song lyrics and political views on Facebook, the institute reported.

In one of his postings, he cited the evil in the world.

“The United States was meant to lead the charge against injustice, but through our example not our force. People do not respond to having liberty and freedom forced on them,” he wrote.

He was released later when a judge stepped in and concluded the prosecution’s case against Raub was “so devoid of any factual allegations that it could not be reasonably expected to give rise to a case or controversy.”

The lawsuit asks for damages for Raub for the attack he endured. It was filed in U.S. District Court in Richmond, Va., and claims Raub’s seizure and detention were part of a plan executed by the Obama administration called “Operation Vigilant Eagle.”

That, the institute explains, was a federal program to do surveillance on military veterans who express views critical of the government.

Institute attorneys claim the attempt to label Raub as “mentally ill” and authorities’ efforts to involuntarily commit him into custody was intended to silence his criticism of the government. However, they explain the strategy also violated Raub’s First and Fourth Amendment rights.

“Since coming to Raub’s defense, The Rutherford Institute has been contacted by military veterans across the country recounting similar incidents. In filing a civil suit against government officials, Rutherford Institute attorneys plan to take issue with the manner in which Virginia’s civil commitment statutes are being used to silence individuals engaged in lawfully exercising their free speech rights,” the organization said.

“Brandon Raub’s case exposed the seedy underbelly of a governmental system that is targeting military veterans for expressing their discontent over America’s rapid transition to a police state,” said John W. Whitehead, president of The Rutherford Institute.

“Brandon Raub is not the first veteran to be targeted for speaking out against the government. Hopefully, by holding officials accountable, we can ensure that Brandon is the last to suffer in this way.”

It was last Aug, 16 when Chesterfield police, Secret Service and FBI agents arrived at Raub’s home and asked to talk with him about his Facebook posts.

“Like many Facebook users, Raub, a Marine who has served tours in Iraq and Afghanistan, uses his Facebook page to post song lyrics and air his political opinions. Without providing any explanation, levying any charges against Raub or reading him his rights, law enforcement officials handcuffed Raub and transported him to police headquarters, then to John Randolph Medical Center, where he was held against his will,” the Institute reported.

“In a hearing on Aug. 20, government officials pointed to Raub’s Facebook posts as the reason for his incarceration. While Raub stated that the Facebook posts were being read out of context, a Special Justice ordered Raub be held up to 30 more days for psychological evaluation and treatment.”

When Circuit Court Judge Allan Sharrett, however, found out about the case, he ordered it dismissed and Raub released, because there was no evidence of a case.